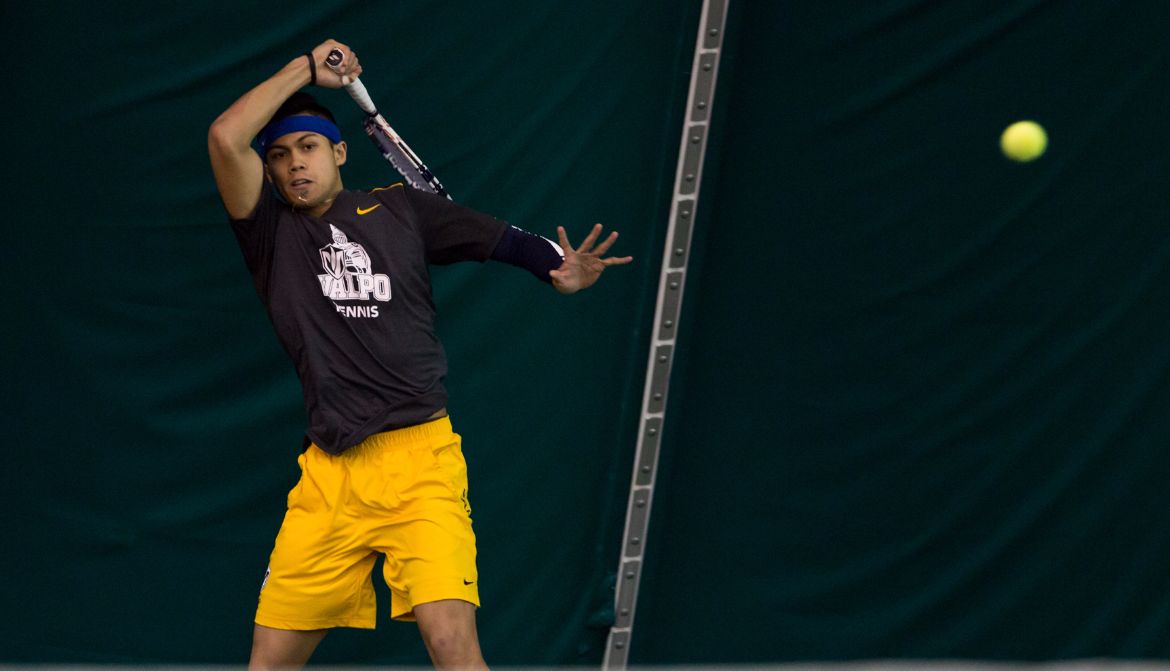 The Valparaiso University men’s tennis team officially began its quest to repeat as Horizon League regular season champions on Friday afternoon at the Courts of Northwest Indiana. For the first time in program history, the Crusaders played a league match as the defending champions and outright league favorites, distinctions they lived up to with a 7-0 win over UIC.

“The thing that stood out in this match was how we finished our matches strong. There were a few struggles in the middle, but we pulled away very well and did a great job closing out matches.”

“It’s nice to start conference on a positive note. It’s good to have a league match under our belt and be off to a good start. Going into spring break, this whole run that we’ve had here is very uplifting. The guys are very excited and highly motivated right now. Sometimes, it’s rough to keep the enthusiasm going at this time of year, but they’re really having a good time and are really excited about the spring trip.”

The Crusaders will begin their spring trip on Sunday, March 5 at 9 a.m. as they visit Rollins College in Orlando Fla. This is the first of seven matches in the Sunshine State.