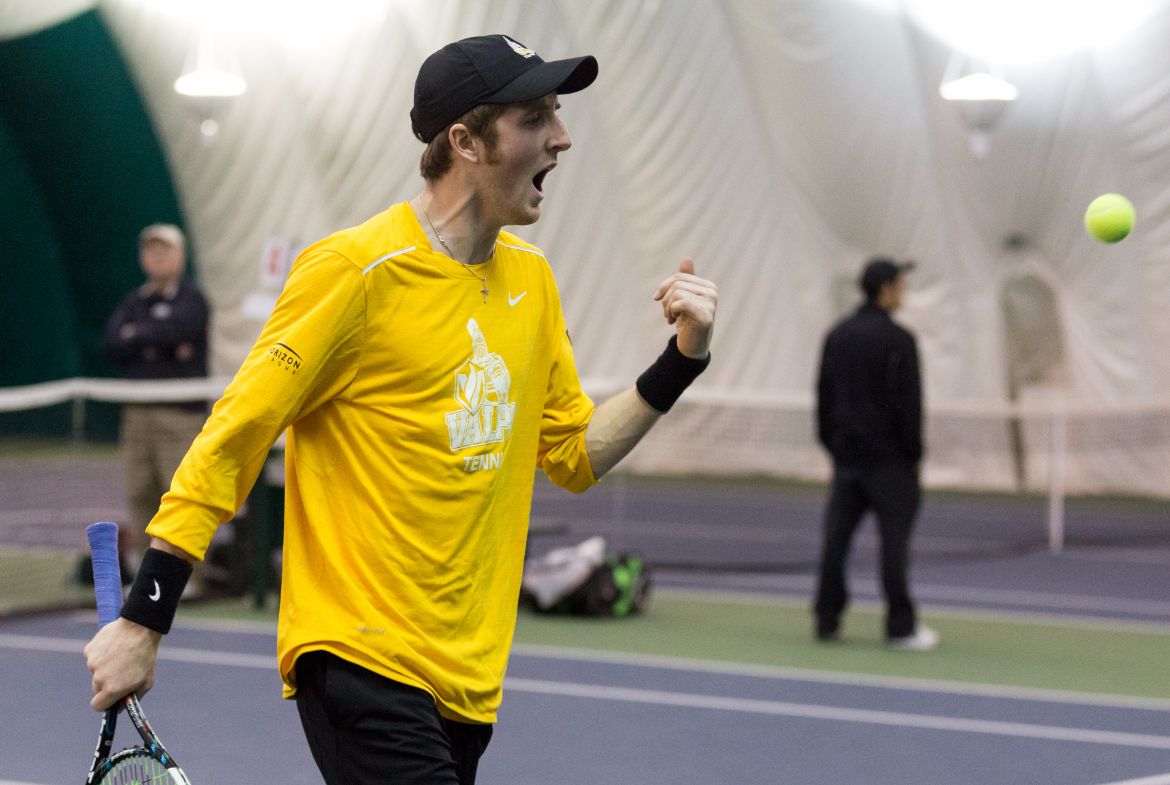 Charlie Emhardt secured the match-clinching point on Friday against UAB.

The Valparaiso University men’s tennis team started the weekend off right on Friday at Middle Tennessee State’s Adams Tennis Complex in Murfreesboro, Tenn., winning a neutral-site match against the University of Alabama-Birmingham 4-2. The win allowed the Crusaders to extend their impressive winning streak to 16 and boost their overall record to 17-1, while UAB fell to 9-7.

The Crusaders will continue the Middle Tennessee State Shootout on Saturday as they compete in a 2 p.m. CT match against the host Blue Raiders. Middle Tennessee State is another Conference USA opponent and stands at 7-11 this year. Live stats will be available for Saturday’s match. The link can be found on ValpoAthletics.com.