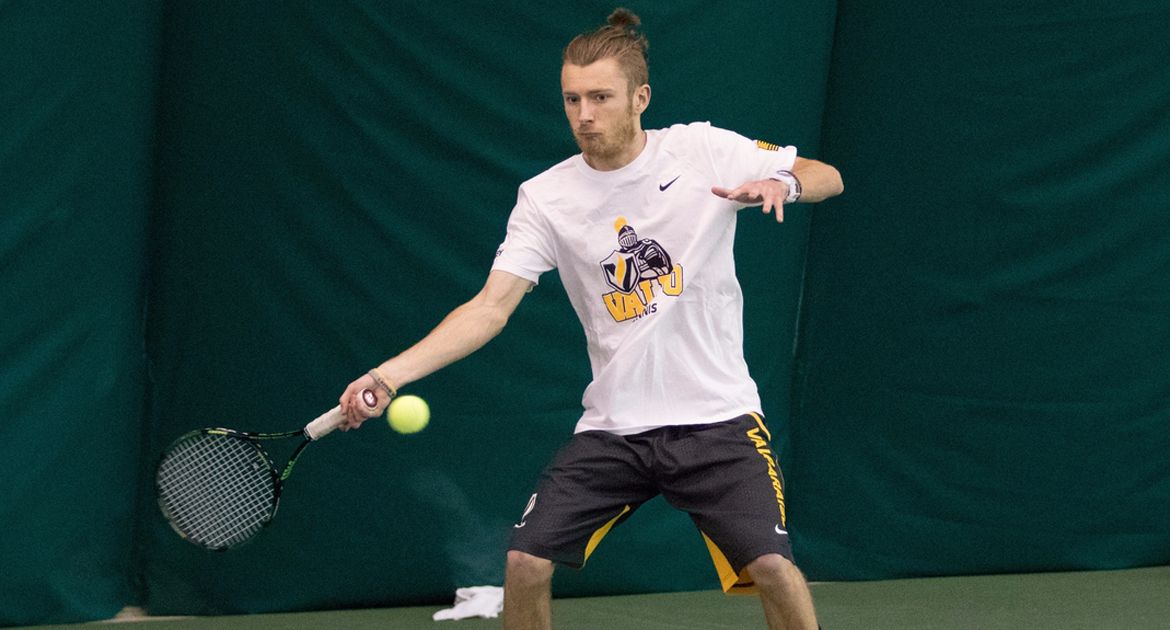 Garrett Gardner's singles win was the clinching point of the match on Sunday against Wright State.

The Valparaiso University men’s tennis team competed in its final regular season road match of the season on Sunday morning in Miamisburg, Ohio against Wright State. The Crusaders dispatched the Raiders 6-1, setting themselves up for the chance to secure at least a share of the Horizon League regular season title with a win on Friday against Green Bay.

The Crusaders are set for their most compelling match of the season on Friday at 10 a.m. at the Valpo Tennis Complex. The Green Bay Phoenix will come to town for a battle of teams that have yet to lose in Horizon League play. The Phoenix are 3-0 and still have four league matches remaining, while Valpo is 5-0 with just two matches left. The Crusaders can secure at least a share of their second straight Horizon League regular season title with a win on Friday. The match is also a battle of each of the last two Horizon League Tournament champions.