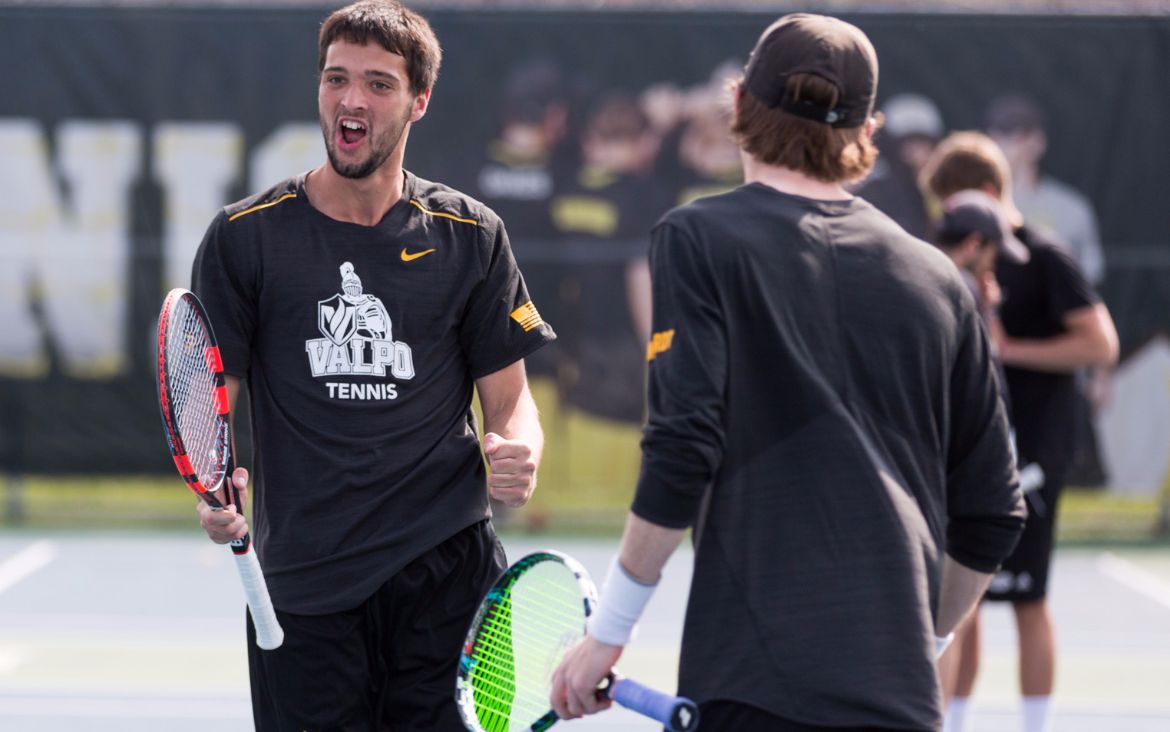 The Valparaiso University men’s tennis team came out on top in a battle of the two most recent Horizon League champions and a pair of teams that entered the match undefeated in league play on Friday morning at the Valparaiso Tennis Complex. The Crusaders downed Green Bay 6-1, locking up at least a share of the Horizon League regular season title. Valpo can clinch the No. 1 seed in the league tournament by the end of the weekend depending on other Horizon League results.

The Crusaders will close out the regular season on Sunday, April 23 against Detroit Mercy at 1 p.m. CT at the Valpo Tennis Complex. A win will assure the Crusaders their second straight outright Horizon League regular season title and allow them to finish the regular season undefeated in league play. It’s Senior Day for the most successful class in program history as Jeffrey Schorsch, Charlie Emhardt, Kyle Dunn and Dave Bacalla will play the final home match of their collegiate careers.