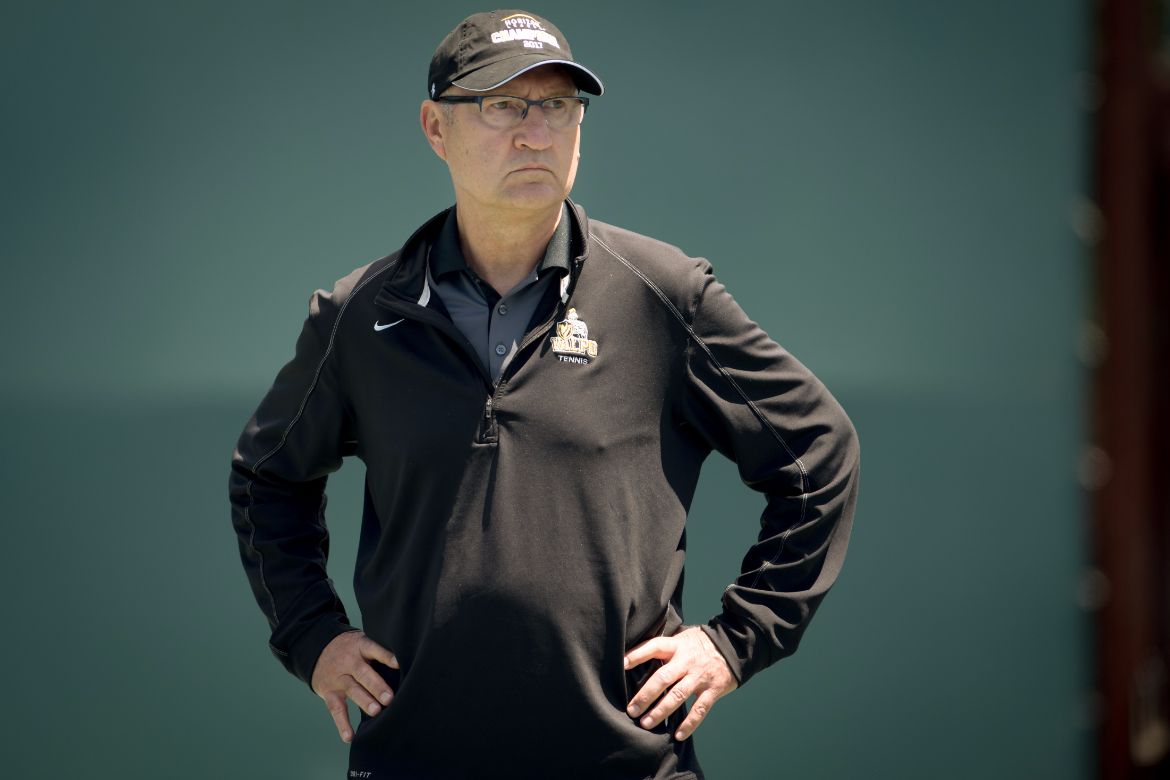 Jim Daugherty won the Horizon League Coach of the Year award each of the last two seasons.

The Valparaiso University men’s tennis program continues to attract high-level players as two more have signed National Letters of Intent to further their careers with the Crusaders.

That trio will unite with six returning players from the 2017 Horizon League champions to form the 2017-18 team, which will compete in the Summit League as an affiliate member.

Kenyatte is a four-star recruit that has been ranked as high as 82nd nationally by tennisrecruiting.net.

“Kweisi has some unique qualities being a tall, left-handed player who is extremely strong in both singles and doubles,” Valpo head coach Jim Daugherty said. “Kweisi is one of the most talented players in the Midwest and will have an immediate impact on the program.”

Kenyatte said Valpo’s recent success played a significant role in attracting him to the team. The Crusaders have won back-to-back league titles, made consecutive NCAA Tournament appearances and shattered the program record for victories four straight seasons. In addition, the program produced a pair of 2017 graduates who have gotten off to successful starts to their professional careers, Jeffrey Schorsch and Charlie Emhardt.

“When I met Coach Daugherty, I could tell right off the bat he’s a really great guy,” Kenyatte said. “I heard what Charlie and Jeff are doing in terms of doubles, which made me want to come here. The whole team was so nice and nurturing during my visits.”

The newest Valpo freshman won the USTA Midwest Closed Doubles Championship, the highlight of his numerous tennis accomplishments to date.

When the Crusaders clinched their most recent Horizon League title, Kenyatte was in attendance.

“The winning culture played an important role in my decision,” he said. “I know all about the success, that’s what led me to the school.”

Carvajal comes to the Crusaders after spending his freshman year at Florida Atlantic. Out of high school, Carvajal was a four-star recruit ranked as high as No. 62 in the nation by tennisrecruiting.net.

“Not only is Gabriel extremely talented, but he also has a strong work ethic,” Daugherty said. “We love his passion for improving his game, and we believe he’s going to be an impact player and a great fit for our program.”

“I’m an all-around player,” Carvajal said. “I bring a lot of experience because I saw a lot of big matches during my year at Florida Atlantic. My motivation is to get better. Every day, I want to improve something. I believe Valpo can help me with that.”

Carvajal, a member of Conference USA’s honor roll this past year, recently won the Broward Festival Open Championship and played in the main draw of the Medellin Challenger.

“I spoke with (assistant coach) Michael Savaglio as well as Coach Daugherty and both have a great outlook on the program,” Carvajal said. “They have been immensely successful the past few years. I wanted to find a great program and a great school; I wanted a place where both of those fit together. That was the main reason I chose Valpo.”