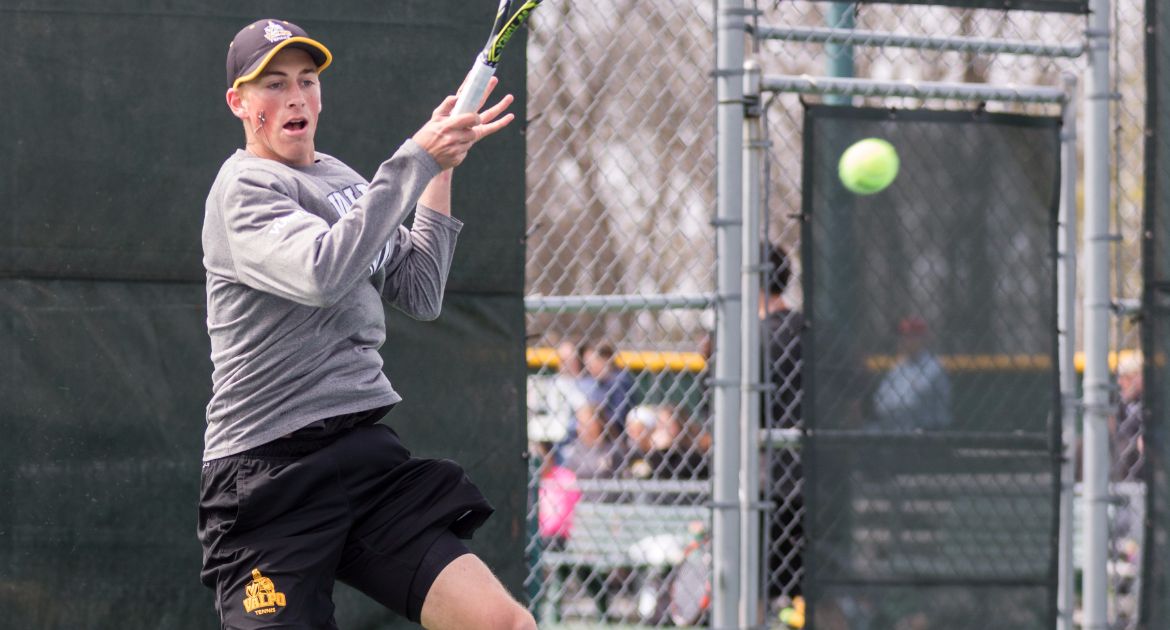 Brandon Ancona picked up a win in his first singles match of the season on Friday.

The Valparaiso University men’s tennis team took the court for the first time since the 2017 NCAA Tournament on Friday morning, beginning the fall campaign at the River Forest Invitational in River Forest, Ill. The Crusaders were one of eight teams in a field of schools from across the Midwest that also featured Eastern Illinois, Marquette, Northern Illinois, Saint Louis, UIC, Youngstown State and Detroit Mercy.

The three-day River Forest Invitational continues on Saturday. This tournament gives the Crusaders a chance to play on a clay court, rather than the traditional hard courts played on most of the college season. The River Forest Tennis Club was the home of the United States Tennis Association’s National Clay Court Championship from 1935-66.