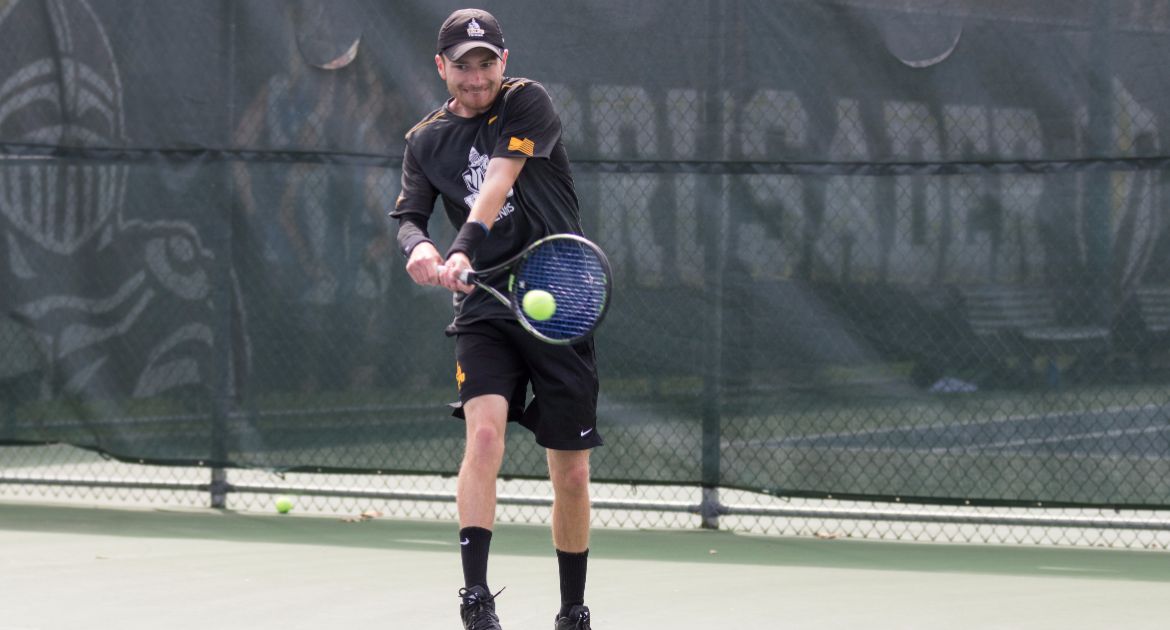 Sophomores Daniel Langston (Ponca City, Okla. / Ponca City) and Brian Pecyna (Glen Ellyn, Ill. / Homeschooled) were the only Crusaders to enjoy a flawless weekend of singles play, as they were victorious for the third straight match on Sunday to help the Valparaiso University men’s tennis team take five of eight singles matches from host Western Michigan on the final day of the Western Michigan Invite in Kalamazoo. The Crusaders also competed in a pair of doubles duels – taking three of four from the University of Chicago while dropping three of four to Xavier.

Next on the docket is the Valpo Fall Invitational, which will be held on Saturday, Oct. 7 and Sunday, Oct. 8 at the Valpo Tennis Complex.