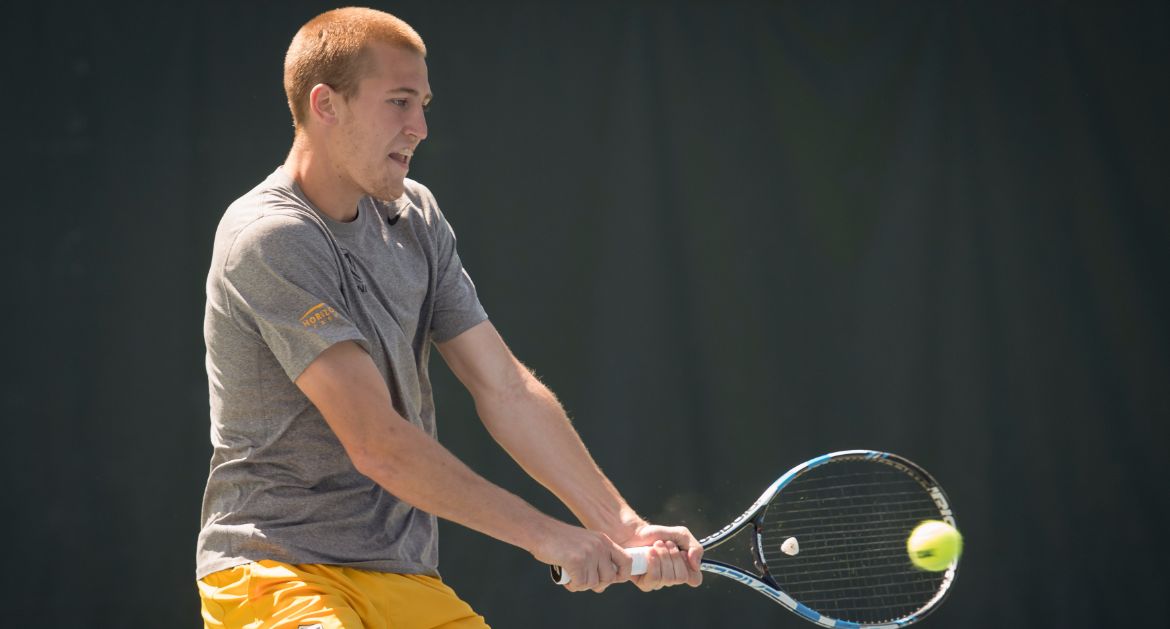 Chad Kissell was one of four Crusaders to pick up singles wins on Saturday.

The Valparaiso University men’s tennis team began its lone home event of the fall season on Saturday with the first day of the two-day Valpo Fall Invitational, held at the Valpo Tennis Complex. The event is using a hidden dual format, with two rounds of doubles and one round of singles taking place on Saturday. The Crusaders won all eight doubles matches and four of their seven singles matches to start the event with a winning day.

The Valpo Fall Invitational will continue on Sunday with the final day of competition. Play is slated to begin at 9 a.m. CT at the Valpo Tennis Complex.