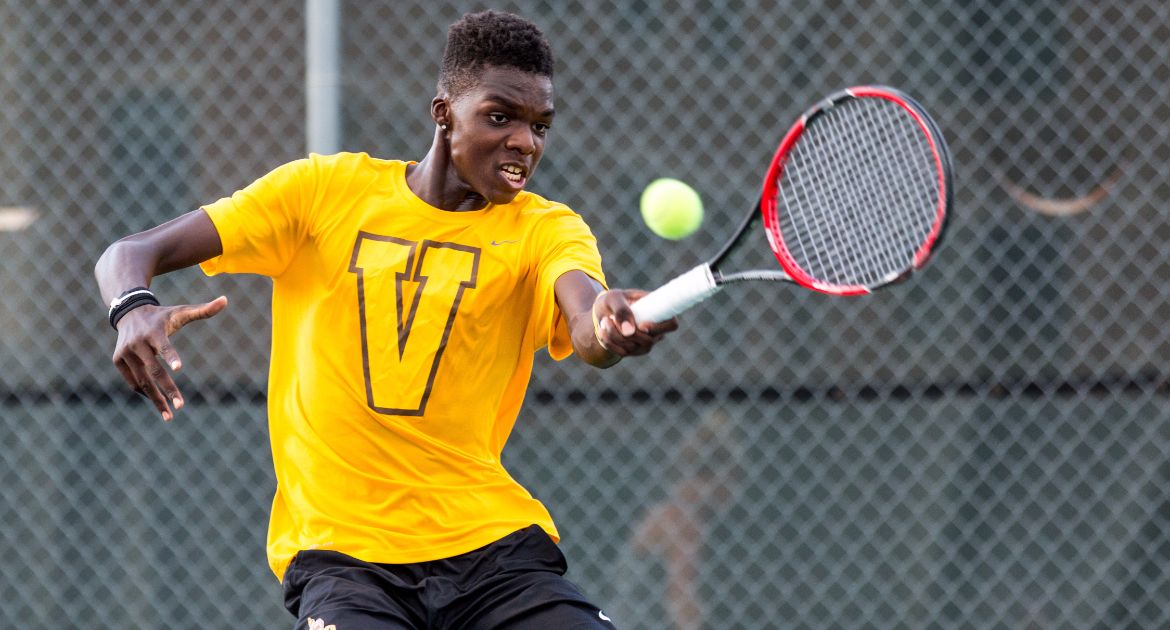 Kweisi Kenyatte was one of five Crusaders to win a first-round qualifying match on Thursday.

The Valparaiso University men’s tennis team had eight individuals compete in the qualifying singles draw at the ITA Midwest Regional in Ann Arbor, Mich. on Thursday. Five Valpo players prevailed in the first round of qualifying. Senior Garrett Gardner (Poland, Ohio / Poland) won both of his matches on Thursday, advancing to Friday’s third round of the qualifying draw.