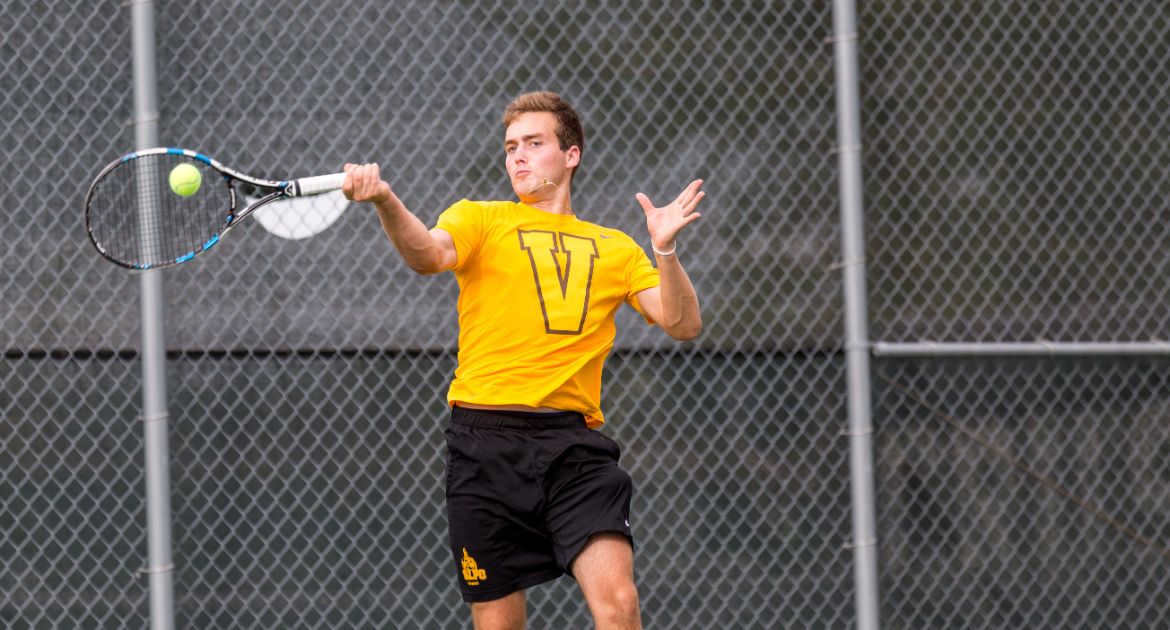 The Valparaiso University men’s tennis team had three of its four doubles teams competing at the ITA Midwest Regional in Ann Arbor, Mich. on Friday prevail in their opening round matches. One doubles tandem notched a pair of victories and reached the third round of the event.

The ITA Midwest Regional Championships will continue on Saturday in Ann Arbor, Mich. It’s the first two rounds of the singles main draw, plus the doubles main draw quarterfinals. Valpo’s Chad Kissell will compete in the main singles draw. Links to live video and results are available on ValpoAthletics.com.