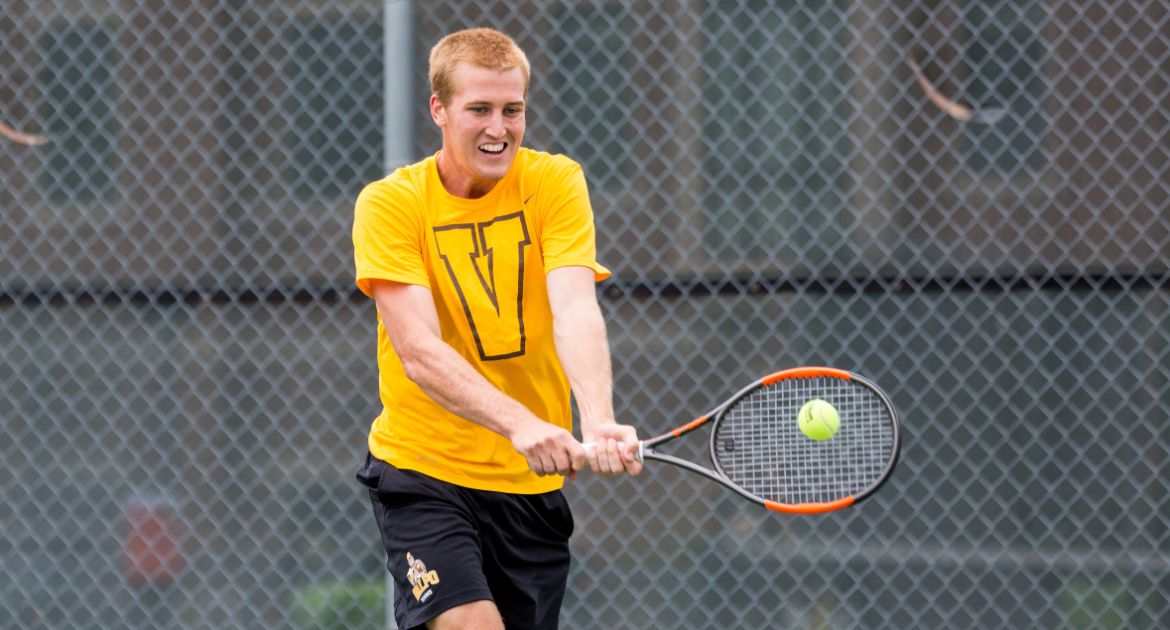 Chad Kissell reached the second round of main draw singles at this weekend's ITA Regionals.

Kissell advanced to the second round by besting Michigan State’s Brett Forman 6-2, 7-6(2) in Round 1 of the singles main draw. The Valpo junior’s ITA run came to an end in Round 2, as he fell to Alex Brown of Illinois in straight sets 6-3, 6-4.

Kissell garnered his 55th career singles win, a number that ranks 10th in program history. He finished with a 7-3 singles record this fall.

The Crusaders have concluded their fall season and will next be in action on Saturday, Jan. 27 at 2 p.m. CT. It’ll be a significant dual match to crank up the spring season as Valpo hosts Summit League foe Denver at Match Point Tennis Club in Griffith, Ind. Both teams reached the NCAA Tournament last season as Denver has won four straight Summit League titles and first-year Summit League affiliate member Valpo has won back-to-back Horizon League championships.