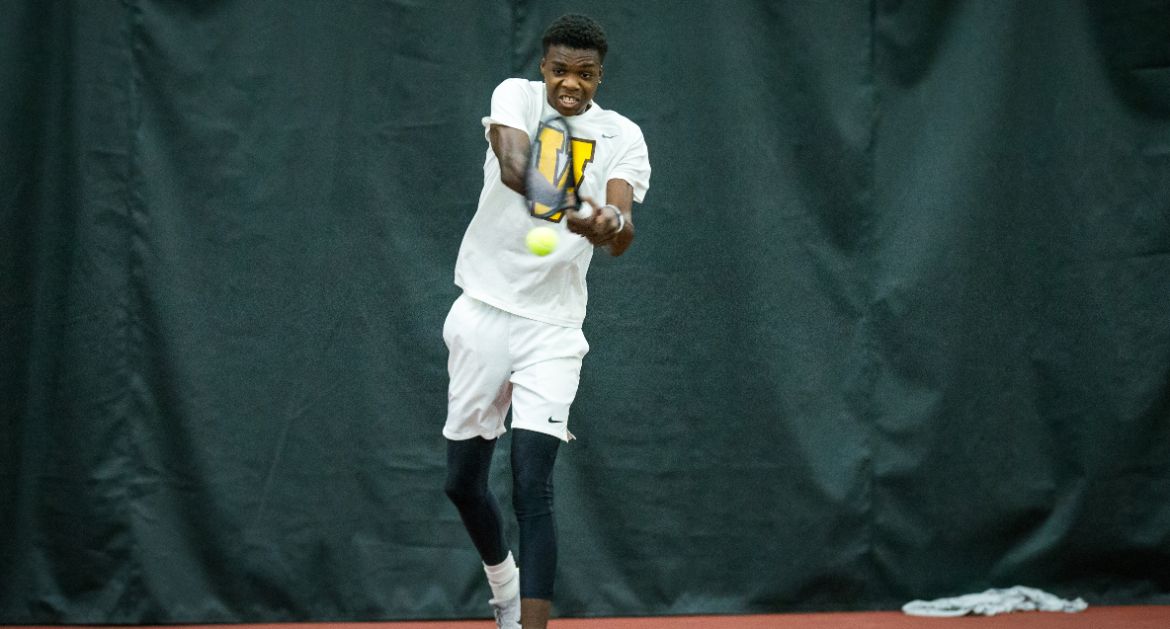 Freshman Kweisi Kenyatte picked up a win in his first career dual match on Saturday.

The Valparaiso University men’s tennis team was thrown right into the fire in its first ever Summit League match on Saturday afternoon at Match Point Tennis Club in Griffith, Ind. The Crusaders competed in a tightly-contested showdown with four-time defending league champion Denver, but the Pioneers prevailed 4-3 with the doubles point proving pivotal.

“I think both teams knew going into this one that the doubles point was crucial. It could have gone either way, and that makes this loss difficult. However, I was really proud of the way the guys battled back hard and got themselves back in the match. Denver is a very intense, competitive group of players. I give them a lot of credit. We know we can play better. We didn’t play badly, but we need to clean up a few things. We learned a lot during today’s match, and I think we’re in position to have a solid season.”

The Crusaders will face another quality opponent as they hit the road for the first time this spring for a date with Marquette on Saturday, Feb. 3 at 2 p.m. CT in Milwaukee.