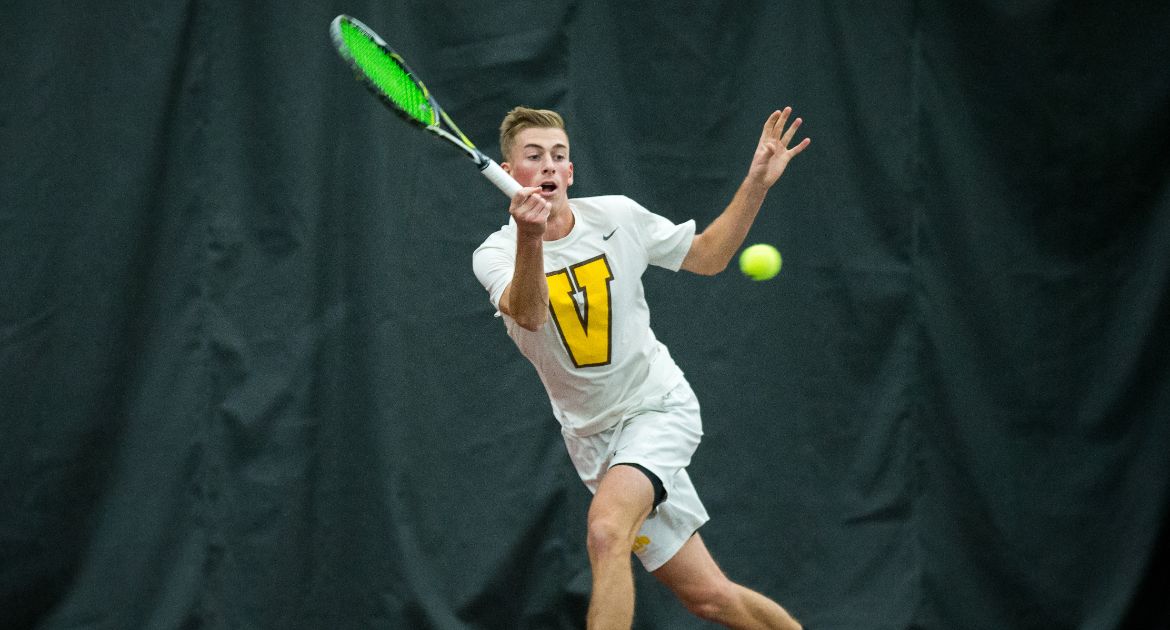 Brandon Ancona picked up a win in straight sets at No. 3 singles on Saturday at Marquette.

The Valparaiso University men’s tennis team was on the road for a second straight challenging dual match to begin the spring season on Saturday afternoon in Milwaukee. Marquette defended its home courts with a 5-2 victory over Valpo at Helfaer Tennis Stadium, where the Crusaders won one doubles match and a pair of singles contests.

The Crusaders will face instate rival Butler on Saturday, Feb. 10 at 1 p.m. CT in Indianapolis.