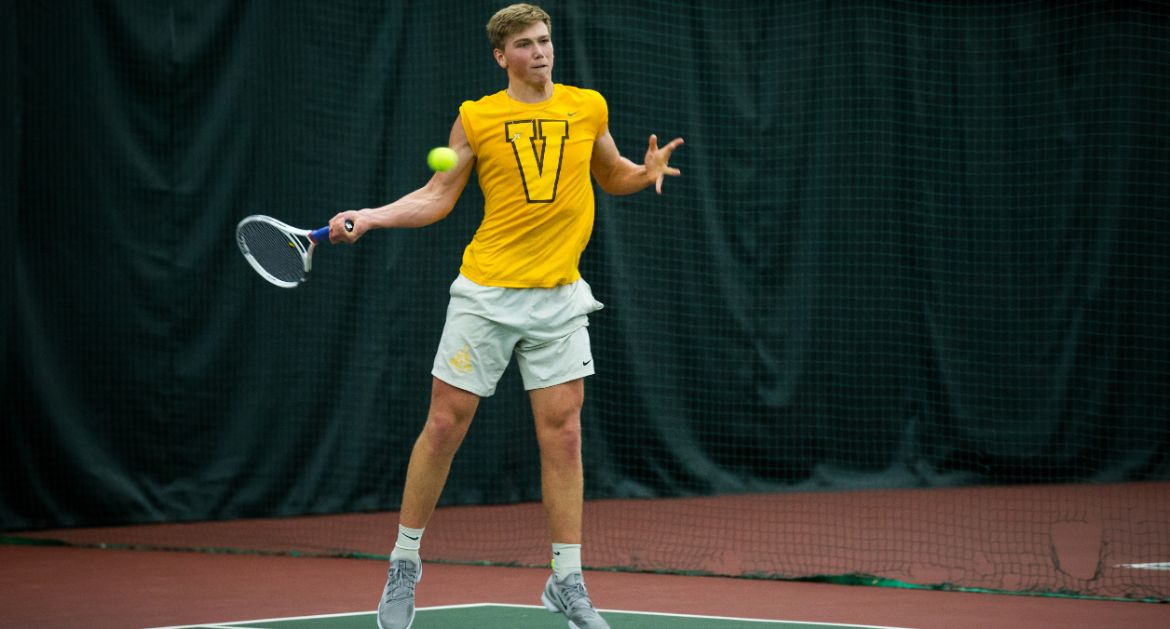 Brian Pecyna picked up wins in both singles and doubles on Friday.

The Valparaiso University men’s tennis team enjoyed its second 7-0 win of the season on Friday afternoon, dispatching Eastern Illinois 7-0 at Match Point Tennis Club in Griffith, Ind. The Crusaders won both doubles matches that finished and were victorious on all six singles courts en route to their first home win of the season.

The Crusaders continue a busy weekend with the second of three matches on Saturday afternoon against DePaul. The match is slated to begin at 3:15 p.m. CT at Lakeshore Sport & Fitness Club in Chicago.