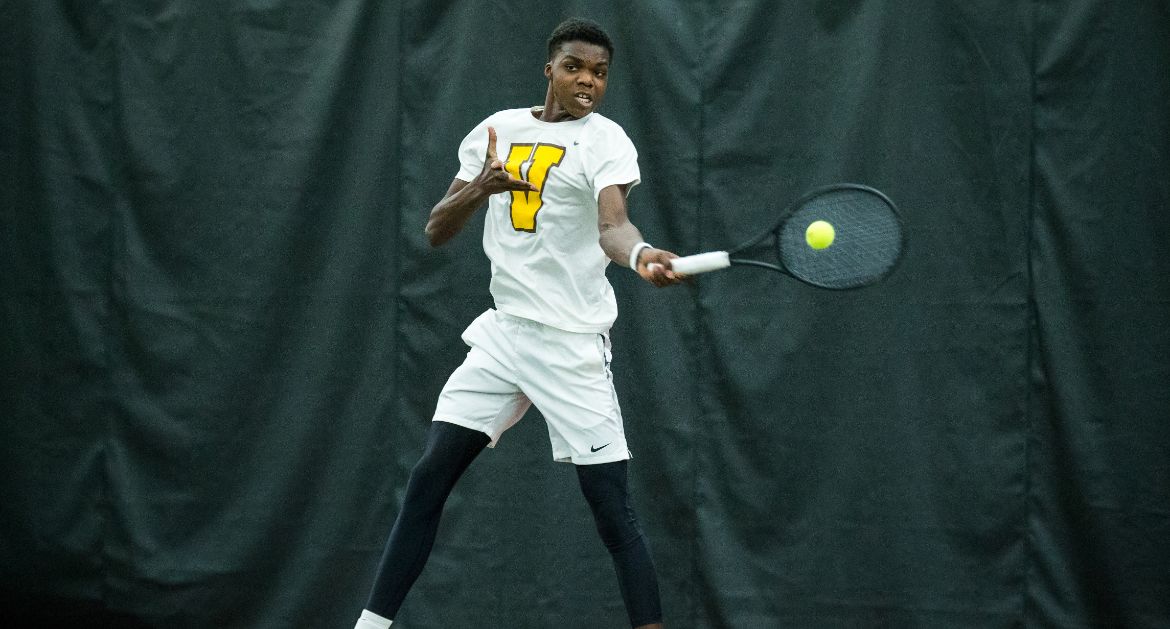 Kweisi Kenyatte picked up a singles win on Saturday at DePaul.

The Crusaders will round out a busy weekend by hosting William & Mary on Sunday at noon at Match Point Tennis Club in Griffith. The Crusaders will look to top Tribe for the second straight year after prevailing in a 4-3 thriller when the two teams hooked up last season.