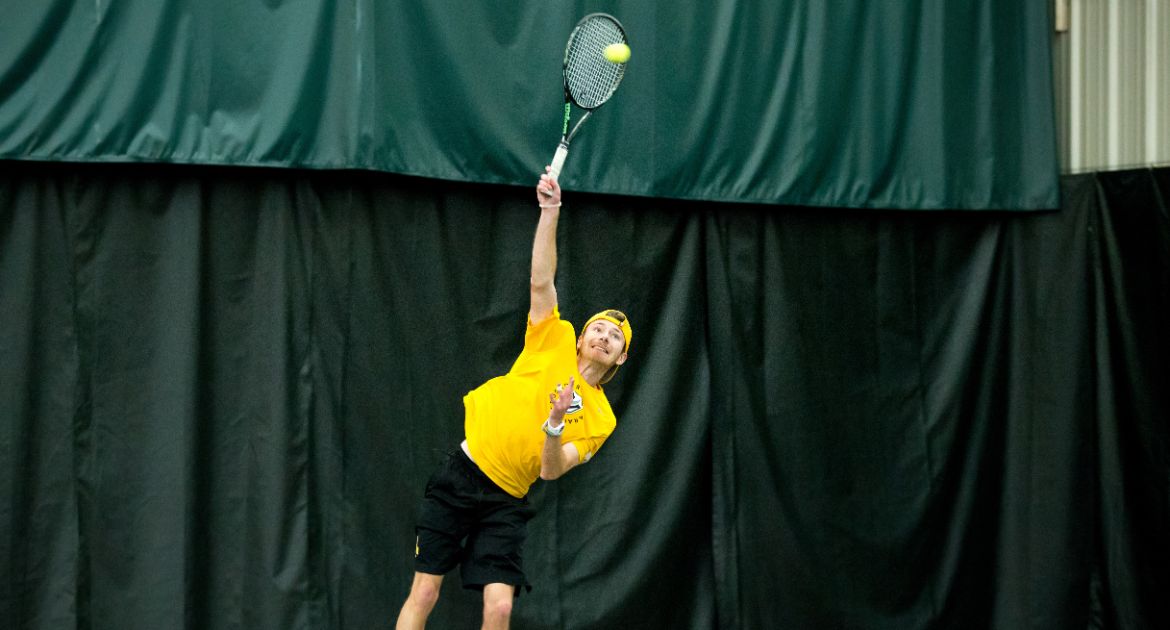 Senior Garrett Gardner moved into a tie for fifth in program history in career doubles wins on Sunday.
Related Links

The Valparaiso University men’s tennis team got off to what head coach Jim Daugherty called its best start to a match this season on Sunday afternoon against William & Mary, but the Crusaders couldn’t close it out as the Tribe won on five of the six singles courts to nail down a 5-2 victory.

The Crusaders will play their final match before the annual spring trip on Friday at 2 p.m. against Western Michigan. The match will take place at Match Point Tennis Club in Griffith.