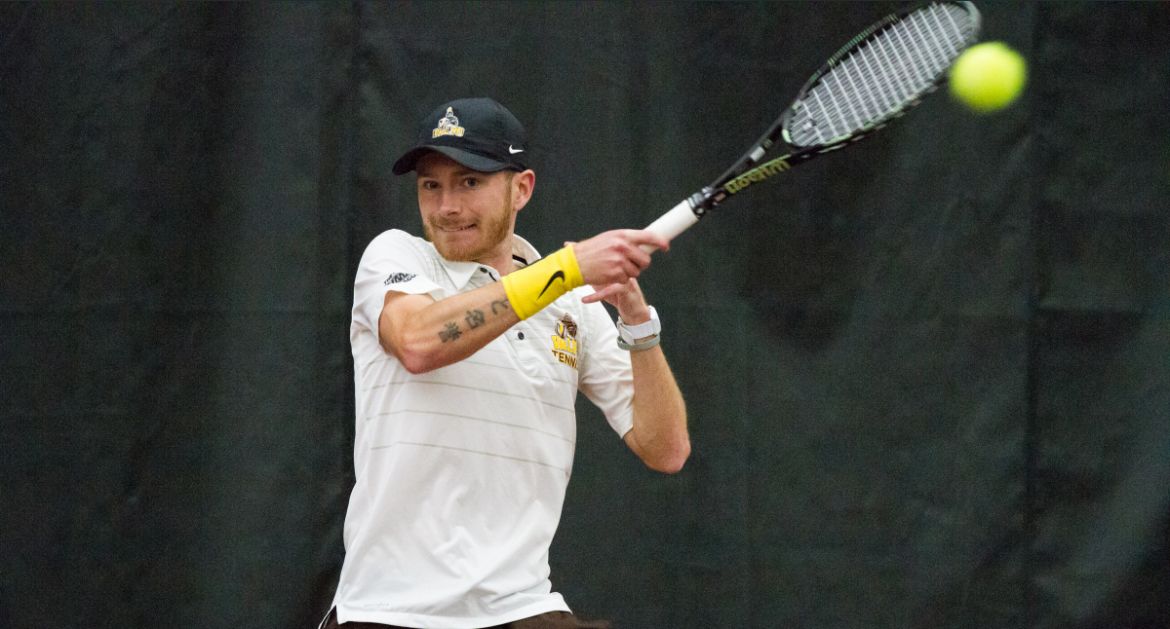 Garrett Gardner enjoyed wins in both singles and doubles on Friday.

The Valparaiso University men’s tennis team continued its string of Summit League “firsts” on Friday morning at Match Point Tennis Club in Griffith. This time, the Crusaders picked up their first clean sweep of a Summit League opponent, dispatching Oral Roberts 7-0 by winning on all six singles courts and both doubles courts that finished.

The Crusaders will play their first road Summit League match on Wednesday, April 4 in Omaha, Neb. The match against the Mavericks is slated to begin at 7 p.m. CT.