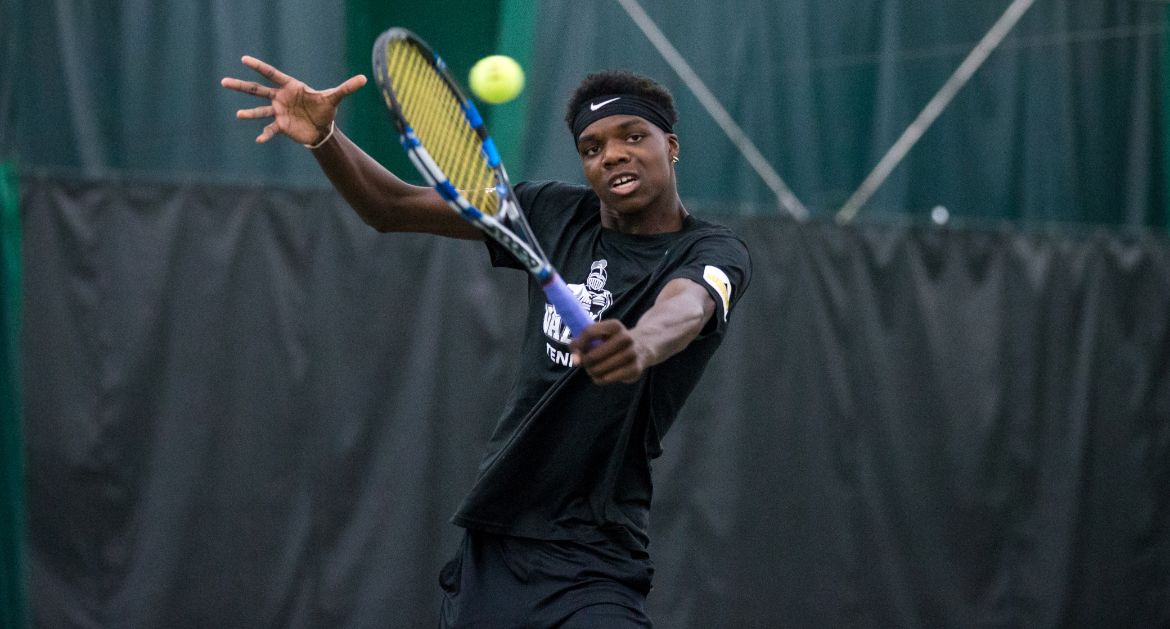 Kweisi Kenyatte picked up a win at No. 2 singles on Saturday.

The Valparaiso University men’s tennis team closed out regular season Summit League action on Saturday evening with a 6-1 loss to first-place Drake at Roger Knapp Tennis Center in Des Moines, Iowa. The Crusaders finished at 4-2 in league play and have secured a spot in the upcoming Summit League Tournament.

The regular season will come to an end on Saturday, April 21 as the Crusaders host the University of Chicago on Senior Day for Garrett Gardner. The match will begin at noon at the Valpo Tennis Complex.