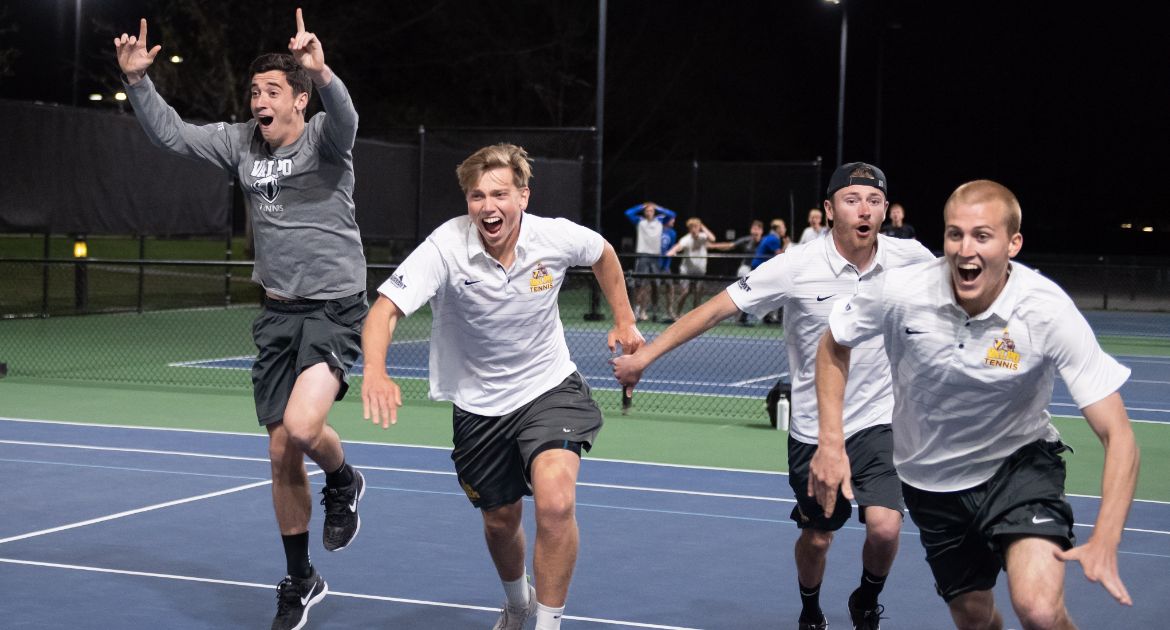 Thrilling victories in league tournament matches have become nothing out of the ordinary for the Valparaiso University men’s tennis program. The Crusaders are back in a league championship match for the fourth consecutive season after a heart-stopping 4-3 victory over four-time defending Summit League champion Denver on Friday night at Gates Tennis Center in Colorado. Sophomore Daniel Langston (Ponca City, Okla. / Ponca City) played the role of hero, coming from down 5-1 to take a pressure-packed third set, snapping a 3-3 deadlock and igniting Valpo’s celebration.

The Crusaders are one win away from their third straight NCAA Tournament appearance. The foe standing in the way is the Summit League regular season champion Drake Bulldogs (18-13), who rolled to a 4-0 win over Oral Roberts in Friday’s other semifinal. The Crusaders will look to flip the script on a 6-1 loss to the Bulldogs from two weeks ago. The championship match begins at 2 p.m. CT with links to live stats and a video stream available.