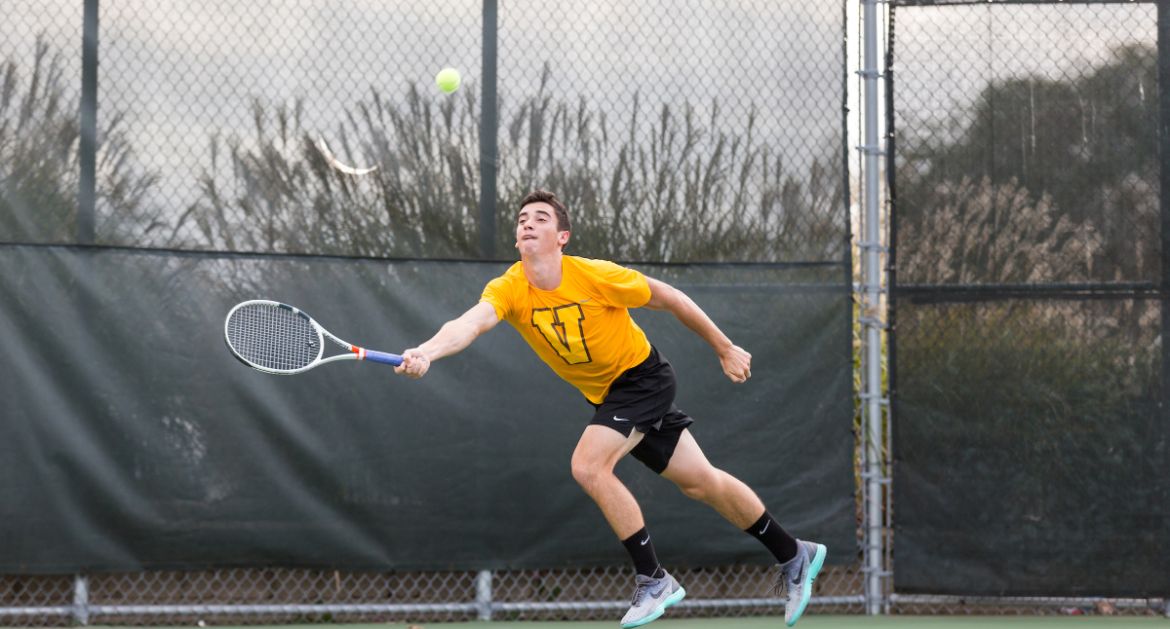 Franklin Brozovich won both his matches in straight sets on Saturday.

Two Valparaiso University men’s tennis players have advanced to championship matches in the Western Michigan Invitational, while four others picked up at least one victory on the first day of singles play in Kalamazoo on Saturday.

The final round of singles play in each draw will take place on Sunday, the last day of the Western Michigan Invitational.