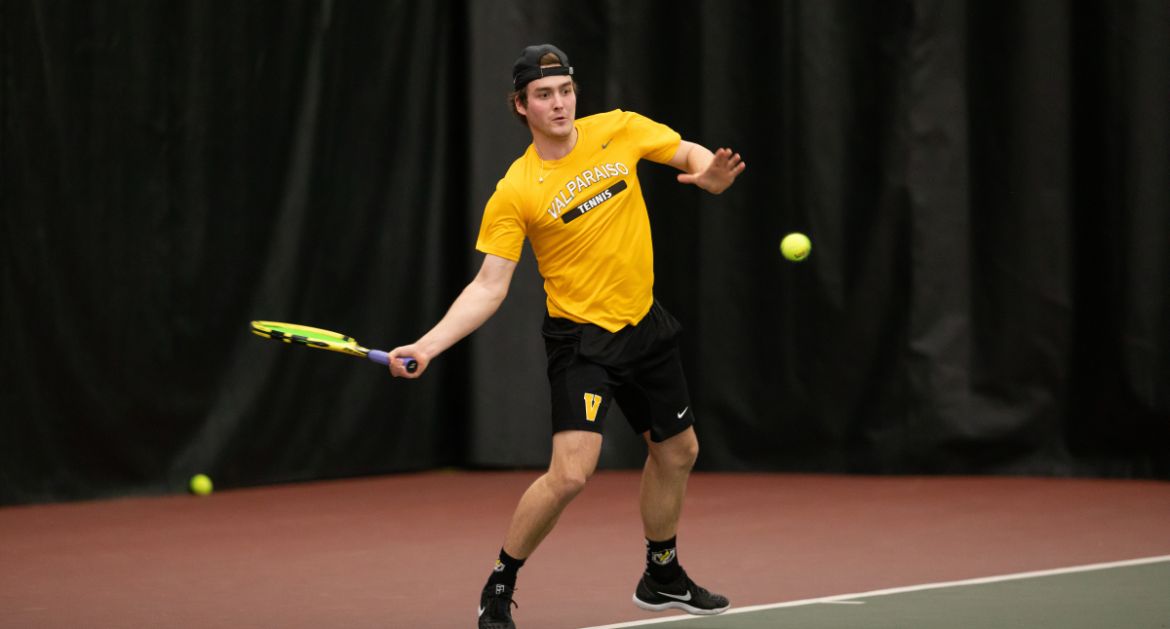 Daniel Langston picked up his 10th win of the season on Friday.

For the second time in the last four matches, the Valparaiso University men’s tennis team showed its ability to bounce back after dropping the doubles point. Valpo overcame the early hole on Friday night by sweeping the singles courts en route to a 6-1 road win over Oral Roberts in Summit League action.

Valpo (5-2, 1-1) will remain in Tulsa, Okla. to play a neutral site match against Lamar on Saturday that is slated to begin at 6 p.m. CT. Please note the time change from the original start time.