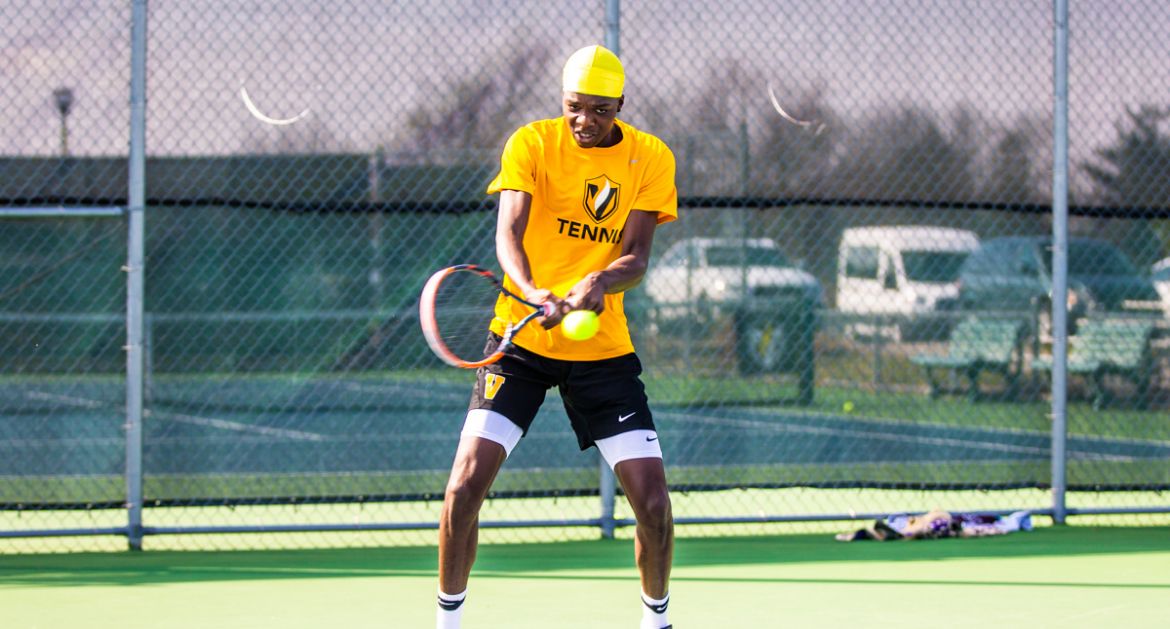 Sophomore Kweisi Kenyatte (Detroit, Mich. / East English Village Preparatory) provided a bright spot for the Valparaiso University men’s tennis team on Saturday as he accounted for the squad’s lone triumph in a 6-1 defeat to Drake in a rematch of last year’s Summit League final. Kenyatte’s win came at No. 3 singles in a match that took place outdoors at the Valpo Tennis Complex.

Valpo will continue Summit League action on Saturday, April 13 at 2 p.m. by hosting Omaha. If the weather cooperates, the match will be played at the Valpo Tennis Complex. If not, it will be held at Match Point Tennis Club in Griffith.