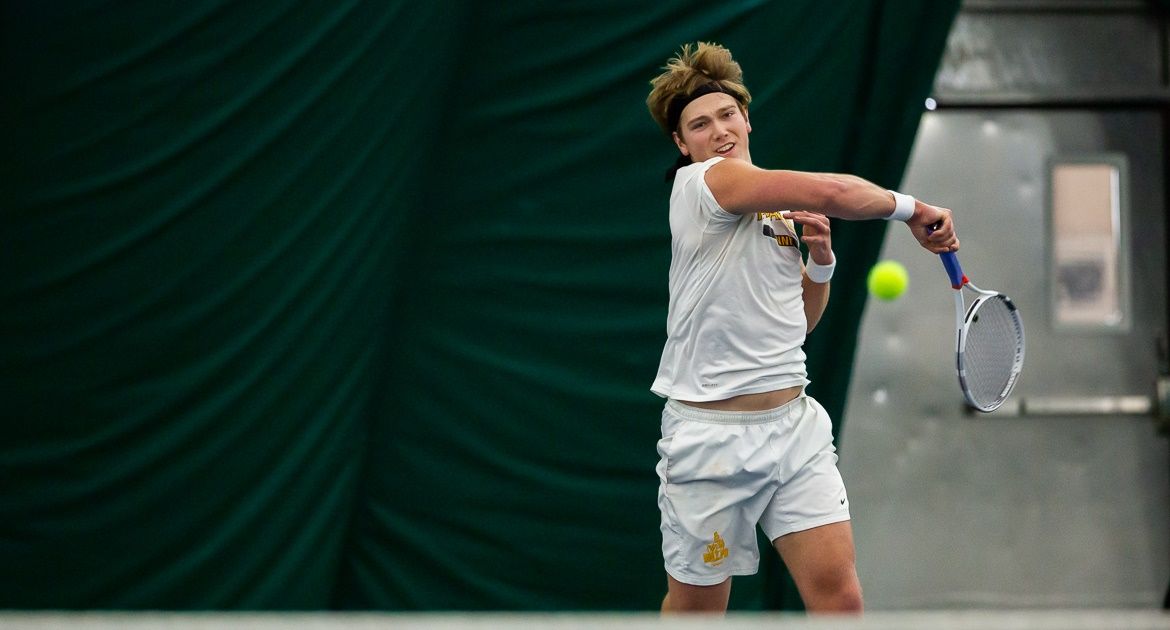 Brian Pecyna finished the opening weekend at 2-0 in singles matches this spring.

For the second consecutive day, the Valparaiso University men’s tennis team played a competitive match against a talented opponent, but once again the squad came up just shy with a 4-3 defeat, this time to Western Michigan at the Courts of Northwest Indiana in Valpo. The Broncos won 18 matches and went undefeated in the Mid-American Conference a year ago, reaching the NCAA Tournament.

Valpo (0-2) will hit the road on Friday, Jan. 31 for a matchup with Chicago State in Homewood, Ill. that will begin at noon. The team will be back home to welcome Northern Illinois to the Courts of NWI on Saturday, Feb. 1.