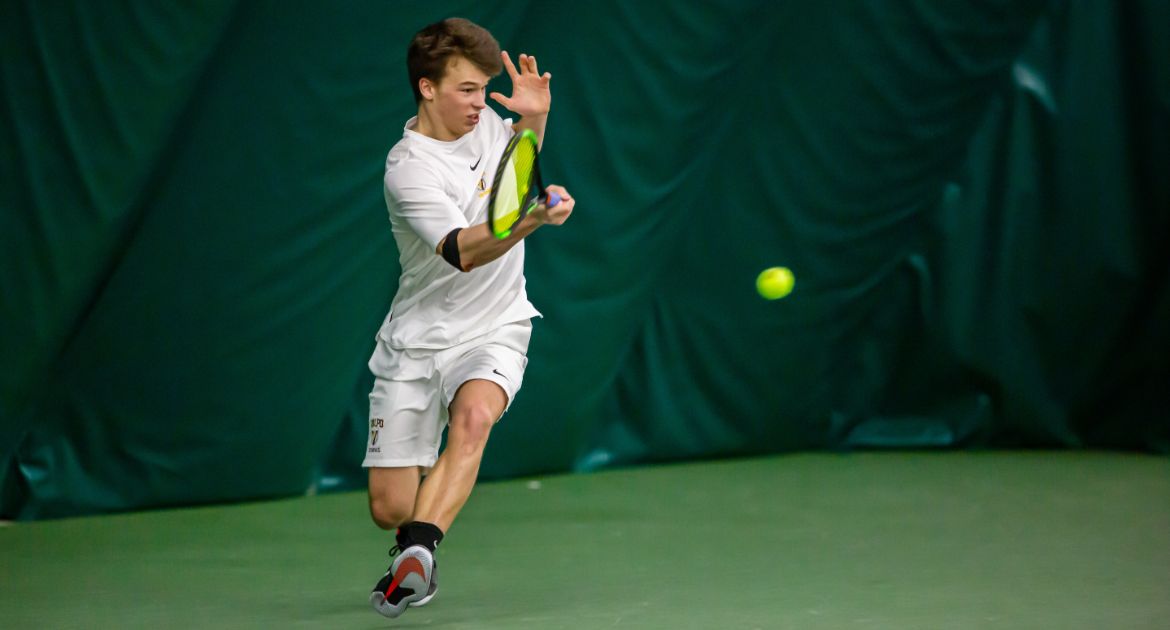 Philipp Leithold forced a third set in his match on Sunday.

The Valparaiso University men’s tennis team dropped Sunday’s match at Marquette 7-0 at Helfaer Tennis Stadium in Milwaukee. A pair of Valpo players pushed their match to a third set, but the host Golden Eagles came away victorious on every court.

Valpo (2-3) will play back-to-back matches at home for the first time this season, starting with Saturday at 2 p.m. against Cleveland State at the Courts of NWI.