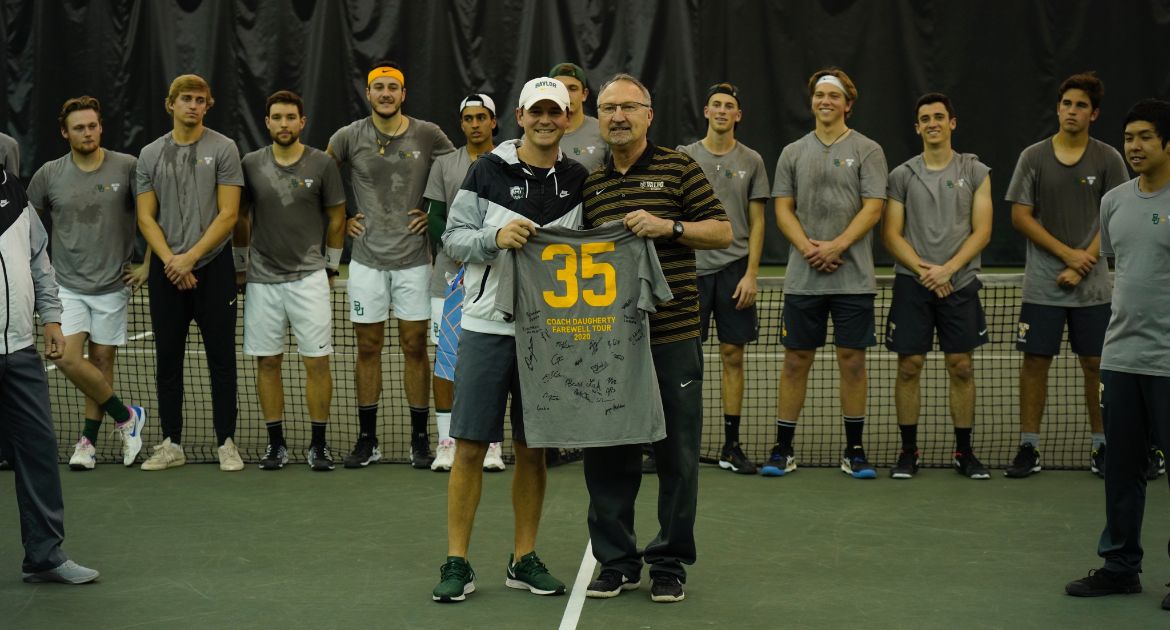 Jim Daugherty was recognized by Baylor men's tennis and former Valpo player and coach Michael Woodson prior to Wednesday's match.

Longtime Valparaiso University head men’s tennis coach Jim Daugherty was recognized prior to Wednesday’s match at No. 27 Baylor in Waco, Texas. Players from both teams wore commemorative Valpo vs. Baylor shirts with the number “35” on the back to signify the length of Daugherty’s tenure. Baylor associate head coach Michael Woodson played and coached at Valpo under Daugherty, who will retire at season’s end.

Valpo (4-6) will remain in Waco, Texas to play a pair of neutral-site matches on Saturday. The team will face off with Abilene Christian at 10 a.m. and Prairie View A&M at 6 p.m.