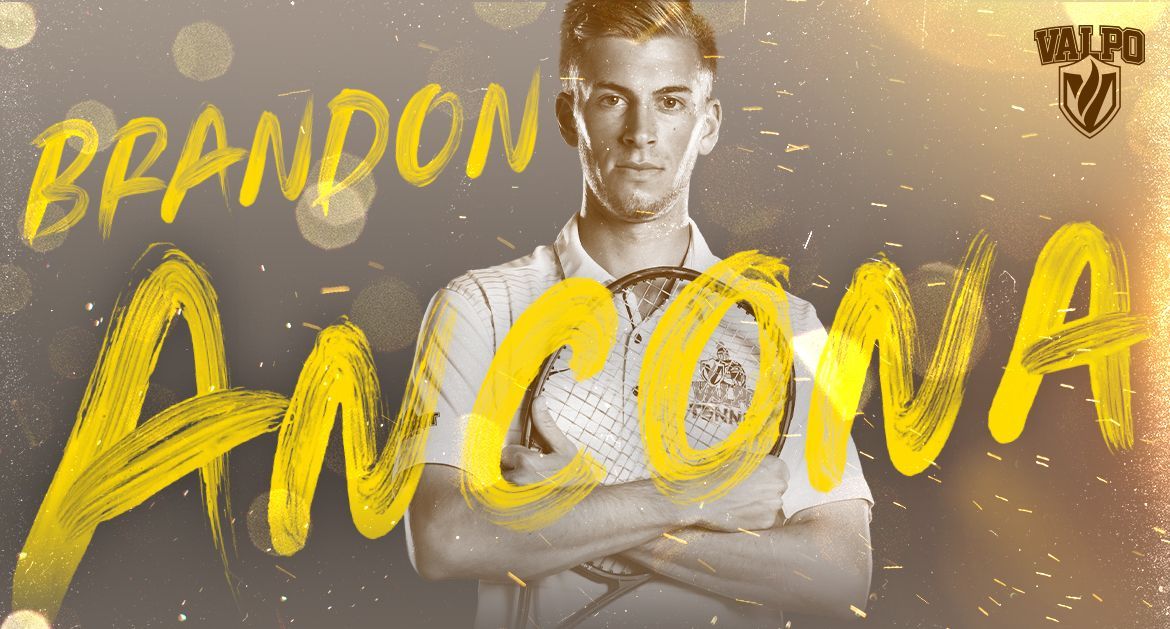 Valparaiso University senior Brandon Ancona (Belvidere, Ill. / Rockford Christian) earned Summit League Academic All-League status for the third consecutive year on Wednesday, receiving the honor based on his performance on the tennis courts and in the classroom this year.

Ancona, who owns a 3.83 cumulative grade point average in computer science, plans to pursue a master’s degree from the University of Notre Dame after graduating with his undergraduate degree from Valpo.

Active in Student-Athlete Advisory Committee and Fellowship of Christian Athletes throughout his Valpo career, Ancona finished among the program’s all-time leaders despite having his senior season cut short. He collected 72 career singles wins, a total that ranks seventh in program history, and 60 doubles wins (eighth) during his time representing the Brown & Gold. He also finished among the program’s career leaders in singles winning percentage (.632, t-6th) and doubles winning percentage (.674, fifth).

Ancona’s academic honor adds to his long list of collegiate tennis accolades that also includes being named the 2018-19 Summit League Player of the Year and 2018-19 Valparaiso University Male Athlete of the Year. In addition, he was part of the 2018-19 All-Summit Team.