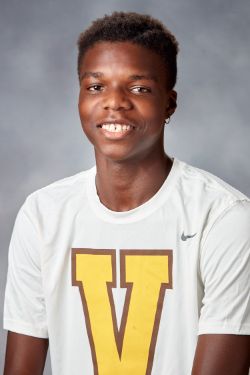 2018-19: Put together a 21-5 singles record including an impressive 16-1 mark in dual matches… Went an unblemished 6-0 in Summit League singles matches… Earned a spot on the All-Summit First Team… Went 19-7 while playing No. 1 doubles with Brandon Ancona… Won the Flight A Doubles title alongside Ancona at the Purdue Fall Invitational on Oct. 7… Finished the season on a 14-match singles winning streak… Racked up 41 singles victories over his first two collegiate seasons by notching back-to-back 20-win campaigns… Posted an .808 winning percentage during the season that ranks seventh in program history… Through his first two seasons at Valpo, ranks second in program history for career winning percentage at .719 and sixth in career doubles winning percentage at .667.

2017-18: Led the team in wins as only a freshman by posting a 20-11 singles mark… Also went 15-10 in doubles action… Immediately found himself in the top half of the lineup, playing 13 matches at No. 2 and six at No. 3… Played No. 1 doubles for 11 of his 14 dual matches… Started the season by winning each of his first seven singles matches… Had wins against players from nationally-ranked Western Michigan, Summit League champion Drake and Big East foe DePaul.

Prep: A four-star recruit that has been ranked as high as 82nd nationally by tennisrecruiting.net... Did not play high school tennis... Won the USTA Midwest Closed Doubles Championship, the highlight of his numerous tennis accomplishments to date.... Member of his school's honor roll with a 3.8 GPA... Competed in track & field (400, 800, 4x400m relay, and 4x800m relay).

Personal: Son of Yvette Moore and Jawara Kenyatte... Majoring in psychology... Stepmother is Imani Kenyatte... Siblings are David Davis, Khadijah Kenyatte, Kamaal Kenyatte and Booker Snow. Khadijah earned a B.A. in Political Science and is currently in law school, where she is working to become a corporate lawyer. Kamaal earned a B.A. in psychology and is currently attending graduate school... Credits coach Samuel Poole III, who coached him started at age 8, for helping his tennis career... His quote to live by is the Kobe Bryant quote, "I don't want to be the next Michael Jordan, I only want to be Kobe Bryant."