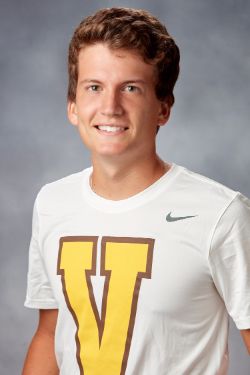 2018-19: Went 19-11 in singles including a 14-5 record during the dual match season… Posted a 3-3 Summit League singles mark… Went 6-11 in doubles… Started the spring with five straight wins and put together his second five-match winning streak of the spring from March 4-23… Notched back-to-back Summit League wins over Omaha and North Dakota on April 13 and April 20.

2017-18: Went 16-12 in singles action and 6-9 in doubles play in his first season on campus… Started the year with three straight wins and won five of his first six… Went 4-2 in conference singles play including a 4-0 start to Summit League activity with wins over Denver, Illinois State, Oral Roberts and Omaha.

Personal: Son of Gabriel and Carvajal... Has two sisters, Maria and Cristina... Majoring in finance.