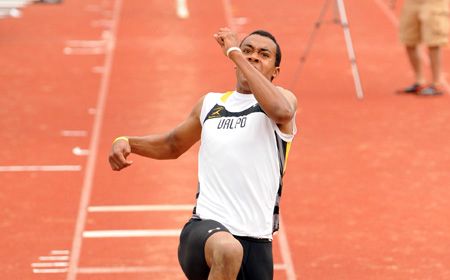 Jarrett Mickens has now picked upfive weekly honors from the league office during his career.

For the third time this year, senior Jarrett Mickens (Aurora, Ill./Waubonsie Valley) has been honored by the Horizon League as its Male Field Athlete of the Week.

Mickens picks up the weekly honor after winning the triple jump for the third time in five meets this season Saturday at the GVSU Big Meet.  The senior earned his victory in the triple jump on Saturday with ease, leaping 47’5” to out-pace the second-place finisher by nearly 18 inches.  Mickens also placed second in the long jump, recording a mark of 23’0 ½”.