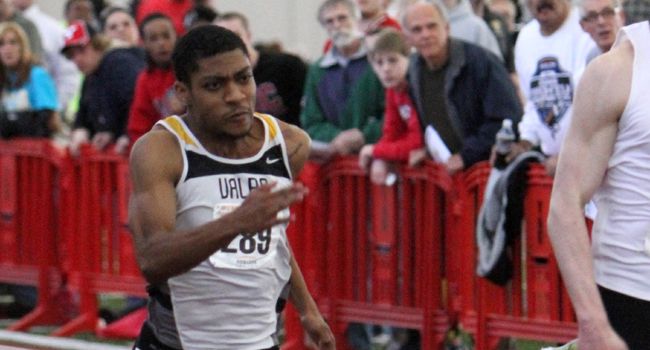 Three event victories highlighted the opening meet of the Valparaiso men's track and field 2012 outdoor season, as the Crusaders competed this weekend at the Mike Poehlein Invitational in West Lafayette, Ind., hosted by Purdue.

Elsewhere on the infield, junior Andrew Rixon (Deerfield, Ill./Deerfield) recorded a seventh-place finish in the javelin throw with a toss of 145'4”. The Crusaders also placed a pair of athletes in the top-six in the triple jump, as freshman Cy Badertscher (Janesville, Wis./Joseph A. Craig) earned a podium finish, finishing third with a leap of 44'2”. Senior Chris Hovan (Elkhart, Ind./Elkhart Christian) leapt 42'4 3/4” as well in the event, good for sixth place.

The Crusaders also earned a number of high placements in the sprints. Freshman Nick Kowaleski (Lockbourne, Ohio/Grove City) joined Smith on the podium in the 100m dash, crossing the line in 10.97 seconds, good for third place. Smith and Kowaleski finished third and sixth, respectively, in the 200m dash as well with times of 22.05 and 22.19 seconds, the latter placing Kowaleski fifth in the event in Crusader history. Laskowski finished just two-tenths of a second away from the fifth spot all-time at Valpo in the 400m hurdles, finishing second with a time of 57.44 seconds, while Adamik finished fifth in the same event, covering the distance in 59.01 seconds.

Valparaiso continues the 2012 outdoor season next Saturday, April 7 at the DePauw Invitational in Greencastle, Ind. Action from DePauw is slated to start at 11 a.m. CDT.