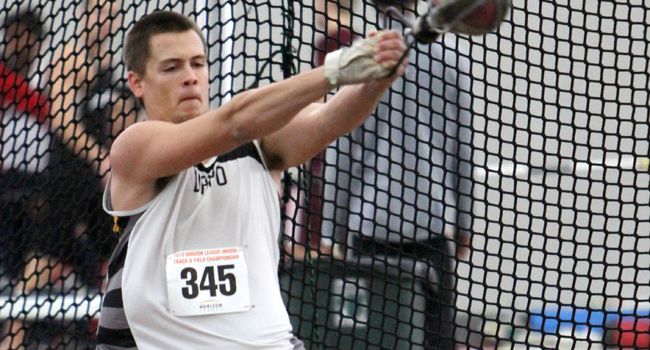 Frey posted a season-best mark of 154’ 11” on his first throw of the meet, and that stood up as the best mark of the competition.

“He’s struggled a little bit with some fouls, but today, he was absolutely clutch,” Valparaiso head coach Ryan Moore said of Frey. He came on first throw of the meet and set a number that wasn’t matched. I’m excited for him and all of his hard work this year.”

The Crusaders placed sixth at the meet, and Milwaukee claimed the team title.

“We had some really good performances from our group this year,” Moore said. “We finished with two conference champs and a number of other personal-bests. We really put up some numbers. It was our best performance in a while.”