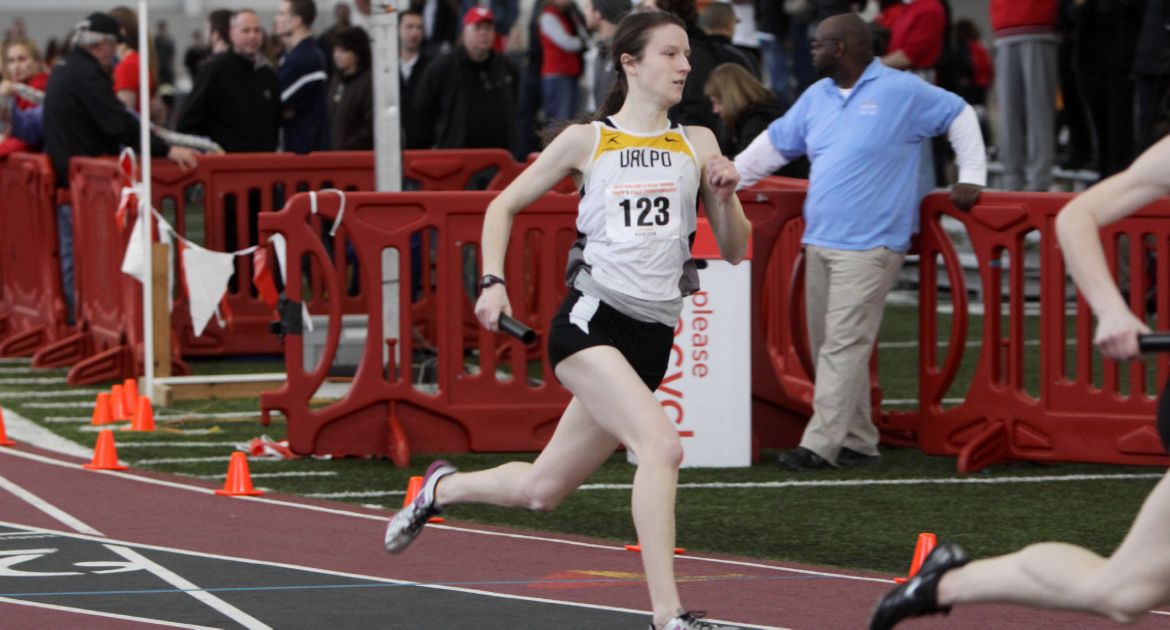 In a last minute schedule change, the Crusaders sent a select group of athletes from both the men’s and women’s track & field teams to the North Park Invitational in Chicago, Ill. on Saturday. Elijah Owen (LaPorte, Ind./LaPorte) led the way for the men, while Megan Howdeshell (Bourbon, Ind./Triton Junior-Senior) set the standard for the women.

With a mark of 187’4”in the javelin, Owen finished first in the event and moved into second all-time in the Valparaiso record book.

On the women’s side, Howdeshell’s mark of 135’7” in the discus was not only good enough for the fifth best mark in program history, it was also good for her first first-place finish of the young season. Eric Funk (Blue Mound, Ill./Meridian) placed third in the same event, clearing 119’0”.

Nicole Zehel (Wixom, Mich./Lutheran Westland) took second in the 1,500-meter run, finishing in 4:45.76 – just one one-hundredth of a second off the top finisher.

Kelli Wosick (Mount Prospect, Ill./Saint Viator) finished the 400-meter run in 1:02.82 for fourth-place in the event.

In the javelin, Brooke Hinstorff (Waterloo, Wis./Lakeside Lutheran) finished fourth with a mark of 93’5”.