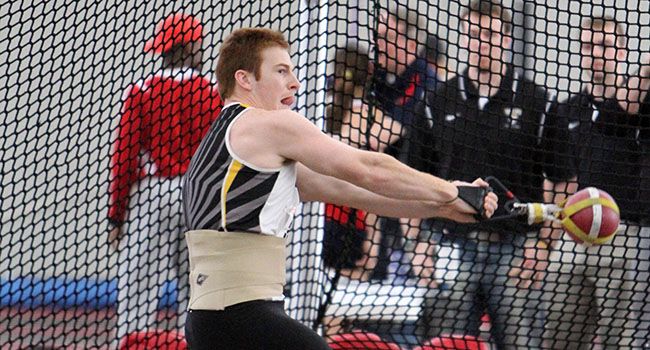 The Valparaiso men’s track and field team concluded their indoor regular season Saturday at the Orange and Blue Open in Champaign, Ill. The Crusaders finished in third place with 70 points.

Anthony Franze (Gunter, Texas/Gunter) had two top-four finishes on the day. First in the 60 meter dash, he sprinted to a season best 7.18 for fourth place before clocking in at 22.69 in the 200m. He was just .14 off his personal bests.

Adam Bruno (Bloomington, Ill./Normal) scored in the mile with his time of 4:27.80 and took seventh place.

Owen also took sixth in the long jump with his season best leap of 6.17m/20-3 on his first attempt.

Valpo return to the track next Saturday, Feb. 28, for the Horizon League Indoor Championships at Youngstown State. Action begins at 8:00 am Central Time at the Watson and Tressel Training Site. Live results will be available through ValpoAthletics.com.