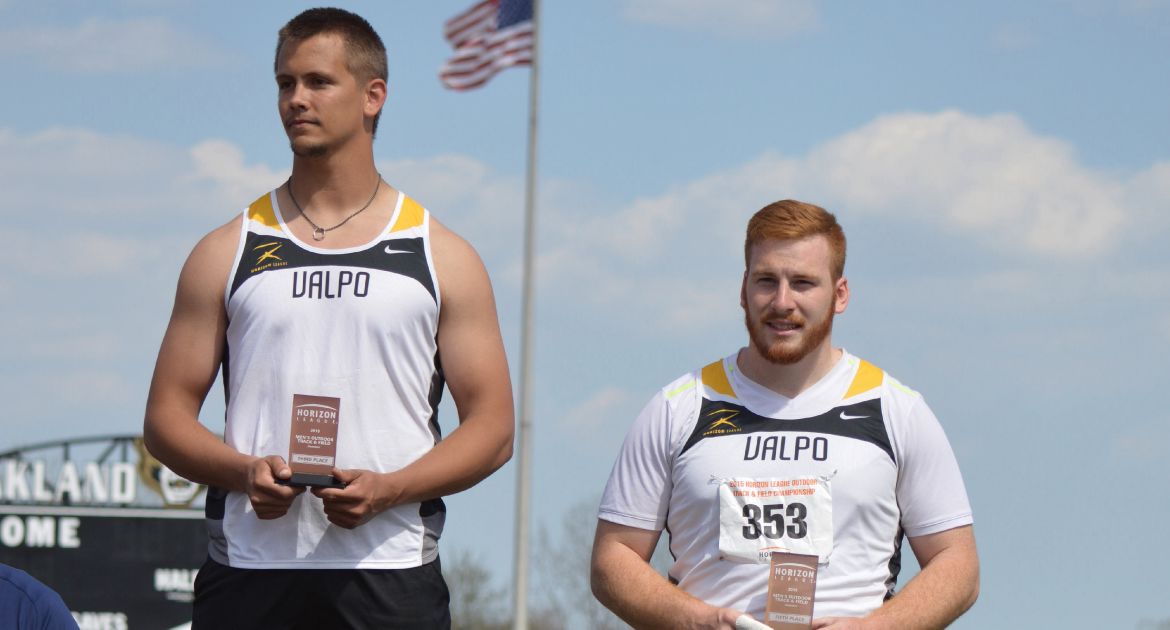 Jacob Frey and Jacob Smutz finished three-four in the hammer throw on Sunday at the Horizon League Championship.
Related Links

“I’m very proud of their battling today,” head coach Ryan Moore said. “We asked them to step up and bridge the gap and they outperformed themselves with their finishes.”

“They stepped up big for us today,” Moore said. “They both had some big PR’s to help us.”

Junior Chris Sosowski (Greenfield, Ind./Greenfield Central) took seventh in the hammer with a throw of 52.07m/170-10 and freshman Isaiah Cook (Granger, Ind./Penn) finished in eighth with a toss of 50.44m/165-6.

“Having Brandon score that high for us was excellent,” Moore said.

“I was excited with how we put things together in the relays,” Moore added. “ We couldn’t have asked for a better turnout.”