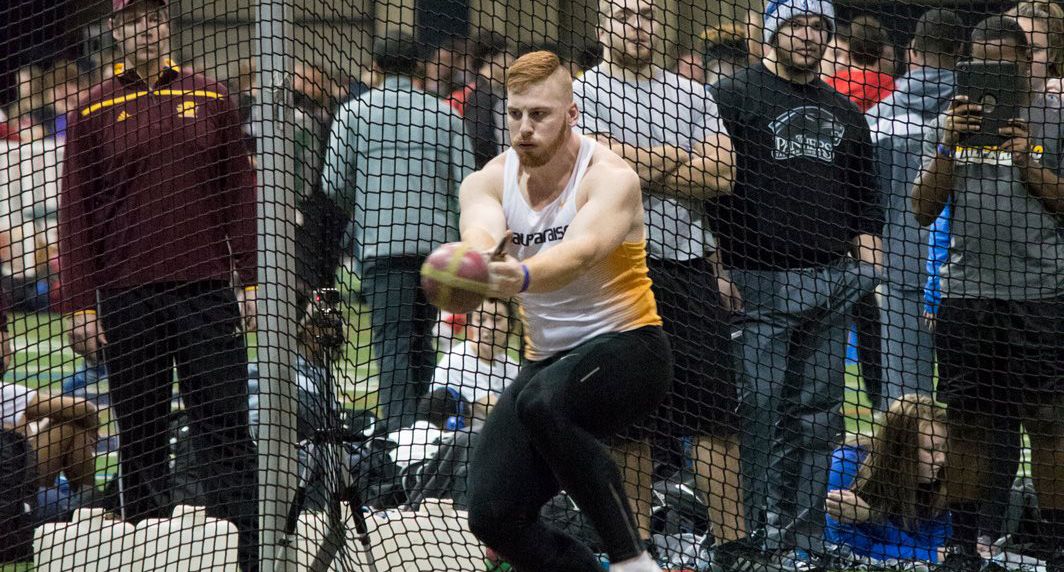 Smutz qualified for the indoor national championship meet by virtue of his PR toss of 67’2 ¾” earlier this year at the Windy City Rumble. Leading off the 15-thrower field, Smutz opened with a mark of 63’9 ½” on Friday to get on the board. The senior improved with his second throw, reaching 64’10 ¾”, and then posted his best toss on his third effort, going 65’1 ½”. Unfortunately, that would mark the end of the meet for Smutz, as his final mark placed him 13th, while only the top-eight throwers advanced to the final three rounds of throws.

Smutz will now turn his attention primarily to the hammer throw as the season turns to outdoor competition for Valparaiso starting later this month.