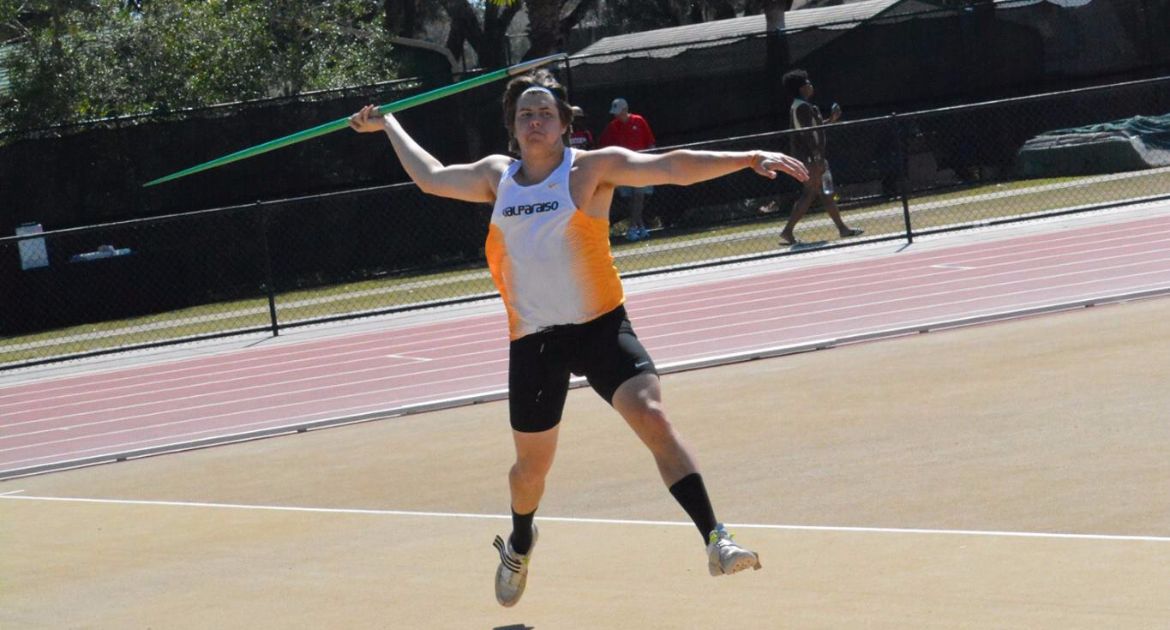 Drew McKissick Jr. was named the Horizon League men's Field Athlete of the Week on Tuesday.

The Horizon League announced on Wednesday that Valparaiso University sophomore Drew McKissick Jr. (Naperville, Ill./Neuqua Valley) has been selected as the league’s Men’s Field Athlete of the Week.

At the Benedictine University Relays this weekend, McKissick threw the javelin 172’3” for a third-place finish out of 53 participants. The thrower earned Valpo six points, helping the squad finish with 45 at the Relays.

This is the first Horizon League weekly honor for the Valpo men’s track and field team since Justin Zosso on Feb. 10, 2015 for his performance at the Meyo Invitational at Notre Dame. For the outdoor events, this is the first such award since March 25, 2014, when Jacob Frey won his for his hammer throw of 164’9” at the Puma Invitational.