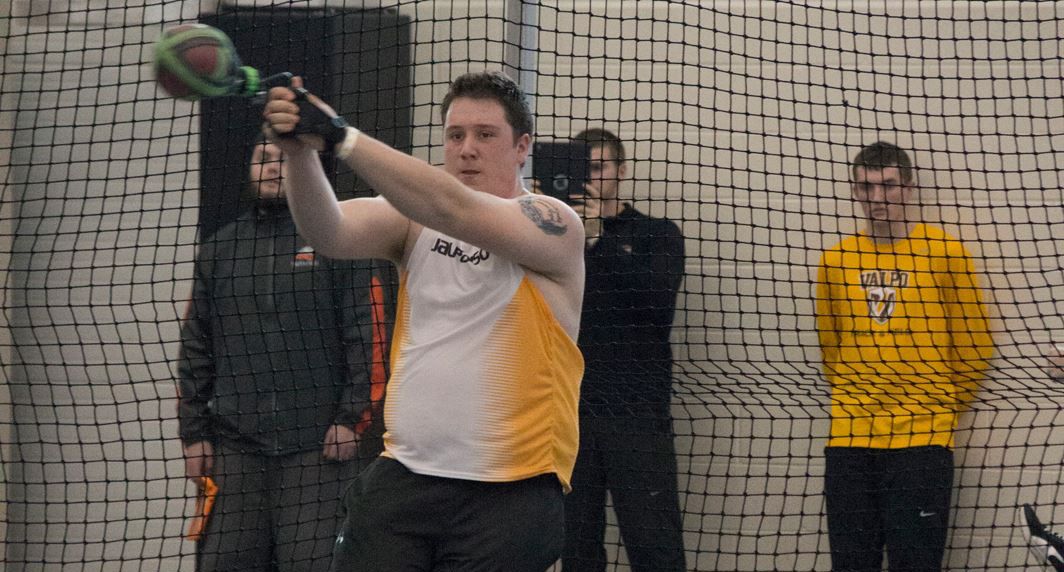 Andrew Guzek finished second in the weight throw on Friday.

The Valparaiso University track and field team kicked off its indoor season with a trip to Notre Dame for the Blue & Gold Invitational at the Loftus Sports Center on Friday. Senior Andrew Guzek (Valparaiso, Ind./Valparaiso) and sophomore Ben Sekuloski (Lowell, Ind./Lowell) led the way for the men, each capturing a runner-up finish. Sophomore Anne Mou (Bloomingdale, Ill./Lake Park) took home a third-place finish as the top finisher for the Crusader women.

The Crusaders will take a break from competition until after the holidays when they reconvene for a trip to Allendale, Mich. for the Bob Eubanks Open, which will be hosted by Grand Valley State on Jan. 12.