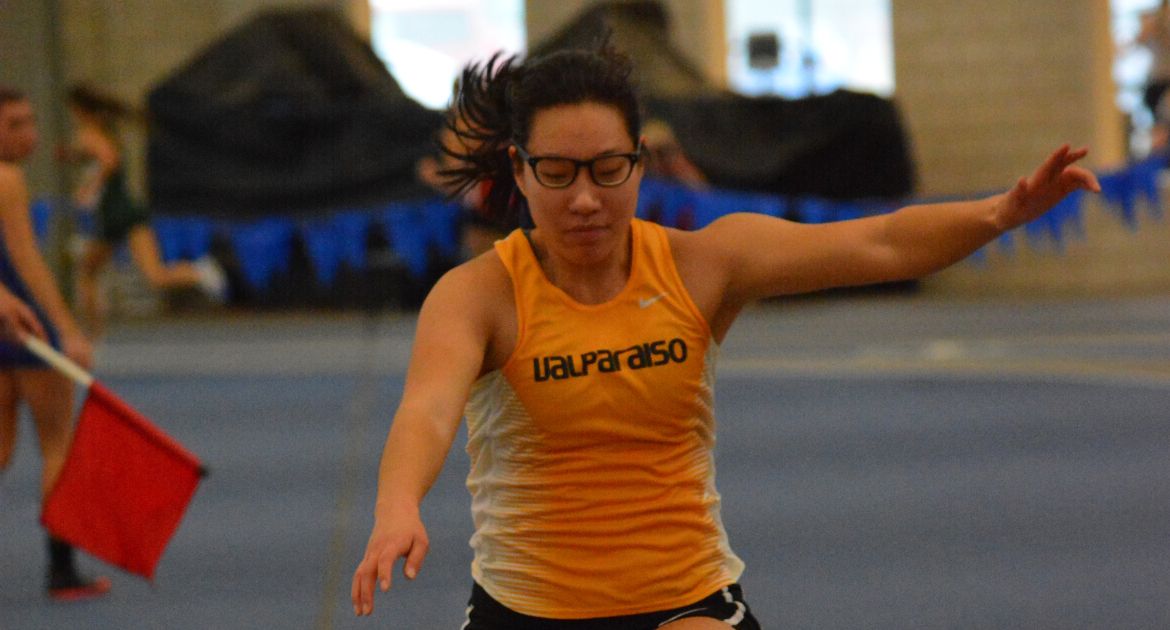 Anne Mou was third in the triple jump on Saturday.

The Valparaiso University track and field teams recorded several Top 5 finishes on Saturday afternoon at the Fred Wilt Invitational hosted by Purdue University in West Lafayette, Ind. The Crusaders had nine performances finish fifth or better throughout the day at Lambert Fieldhouse. The top performance for the men came by a second-place finish from senior Alex Watson (Bolivar, Ohio/Tuscarawas Valley) in the pole vault, and by sophomore Anne Mou (Bloomingdale, Ill./Lake Park), who was third in the triple jump, for the Valpo women.

On today’s performances: “It’s nice to see some of these individuals achieving these results as we get closer to bigger meets. We’re going to need them to perform at their best.”

On moving forward: “We still have a lot of work to do to get to where I expect we can achieve this year. Staying focused on what’s ahead and hard work at practice will pay big dividends in the end. Everyone has to pull their weight when the time is right, and we will be at our best then.”

The Crusaders will attempt to keep their momentum rolling with a trip to Notre Dame next Friday and Saturday, Feb. 2-3 for the Meyo Invitational.