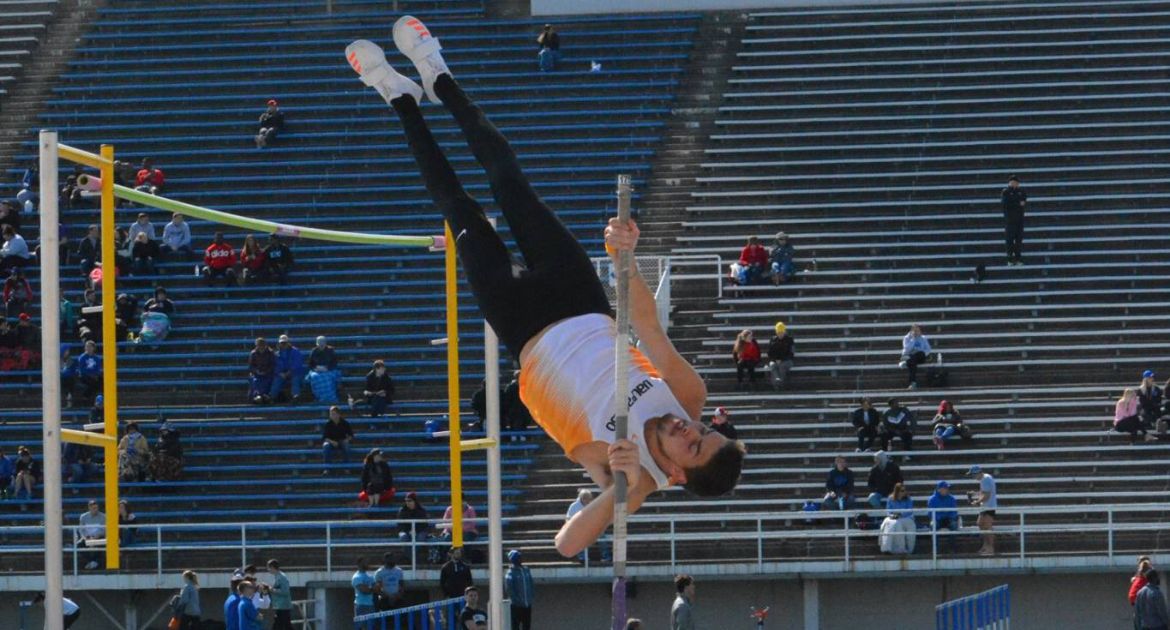 Jeremy Seiler finished third in the pole vault at Indiana State on Saturday.

The Crusaders came away with a total of 24 Top-5 finishes, 19 for the men and five for the women. Both men and women beat Benedictine, Chicago State and UIC, while falling to host DePaul and Milwaukee.

While the rest of the team was in Chicago, the men’s pole vaulters competed at the Pacesetter Sports Invitational, hosted by Indiana State in Terre Haute, Ind. Sophomore Jeremy Seiler (Angola, Ind./Fremont) was the top Crusader, finishing third.

The Crusaders will host their lone home meet at Warren G. Hoger Track on Saturday, April 28.