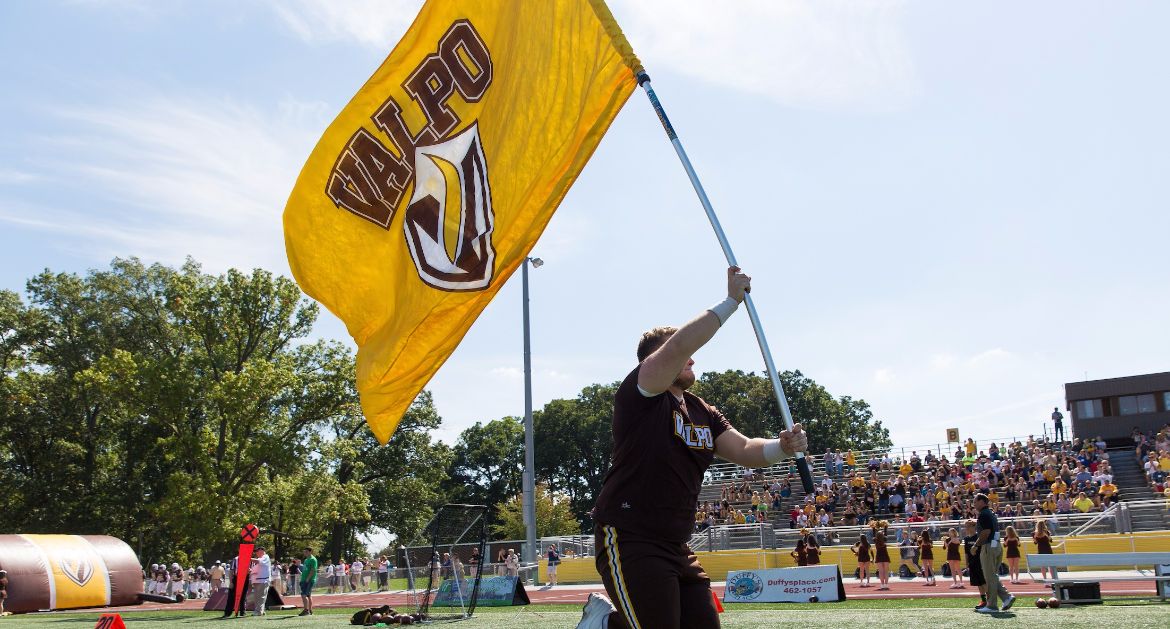 The Valparaiso University men's track and field team had five athletes honored by the Missouri Valley Conference as part of the league’s Scholar-Athlete Team this week.

The award recognizes top performances in both the indoor and outdoor seasons, along with strong academic standing. To be eligible, an athlete must be at least a sophomore while owning a 3.2 grade-point average or better, and finish in the top eight individually or top three as part of a relay at either the indoor or outdoor conference championships. Two Crusaders, junior Alexander Bruno (Bloomington, Ill./University) and sophomore Jeremy Seiler (Angola, Ind./Fremont), earned the accolade for both the indoor and outdoor seasons.

Senior Andrew Guzek (Valparaiso, Ind./Valparaiso) brought home a fifth-place finish in the weight throw at the indoor championships. His toss was measured at 61 feet, 0 inches. A double major in business management and sport management, Guzek boasts a 3.68 GPA.

Sophomore Jake Rasawehr (Celina, Ohio/Celina) grabbed a seventh-place finish in the discus at the outdoor championships with a throw of 158-1. As a nursing major, Rasawehr has a 3.34 GPA.

Junior Peter Rhodes (McLeansville, N.C./Burlington Christian Academy) was the sixth-best performer in the javelin during the outdoor championships, going 164-3. He has a 3.79 GPA in bioengineering.