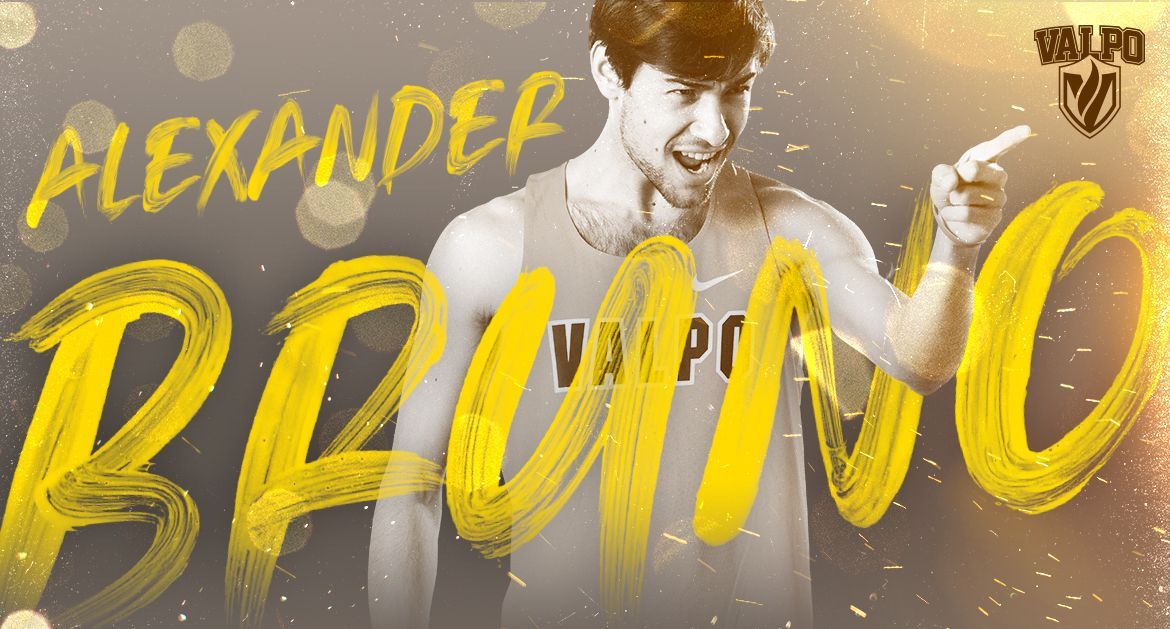 Valparaiso University men’s track & field fifth-year senior Alexander Bruno (Bloomington, Ill. / University) continued to add to his impressive list of collegiate accolades on Thursday. He was named the 2019-20 Missouri Valley Conference Men’s Track & Field Scholar-Athlete of the Year for his excellence in competition and in the classroom.

Bruno earned the award by virtue of being the highest scorer at MVC Men’s Track & Field Indoor Championships with a grade point average of 3.7 or above. This highlights an assemblage of academic honors for Bruno, who twice earned MVC Scholar-Athlete First Team honors in cross country and did so this season in track & field. He was also a member of the 2017 Horizon League All-Academic Team for outdoor track & field.

Bruno, who is currently pursuing a master’s in analytics and modeling, recorded Valpo’s first MVC title in track & field since the University joined the conference by winning the men’s mile with a time of 4:20.78. He also finished eighth in the men’s 3000-meter run with a time of 8:36.38.

A two-time All-MVC selection in cross country, Bruno earned all-conference honors in track & field this season after previously doing so at the Horizon League Indoor Championships in 2016. He owns program records in the indoor 800-meter run (1:52.93), the indoor one-mile run (4:05.75), the 8K in cross country (24:23) and the 10K in cross country (31.54.5). Bruno capped his career among the most accomplished distance runners in program history.