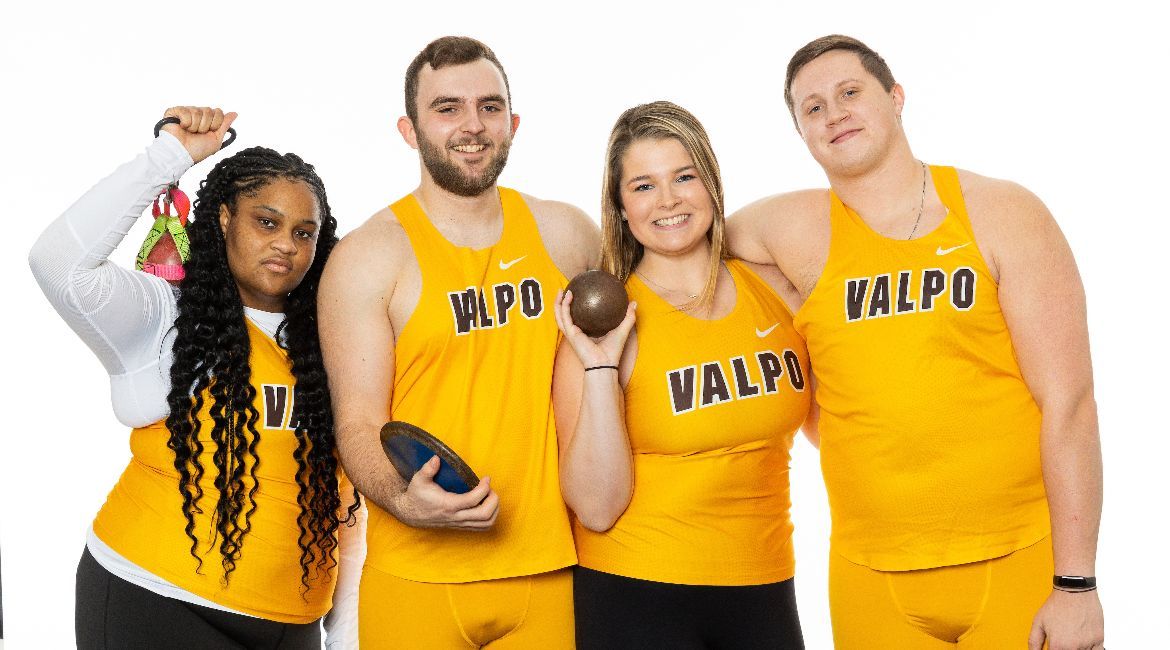 Within the Valparaiso University track & field program, the anticipation is growing.

It’s championship time, as the Beacons are set to compete in the Missouri Valley Conference Indoor Track & Field Championships on Sunday with the goal of setting as many personal records as possible in mind.

This year, the indoor championships are extra special, as Valpo won’t have to travel far for the event. The program is serving as co-host alongside Loyola for this year’s championships, which will be held on Sunday and Monday at Gately Park Track & Field Center in Chicago. Tickets will be available for purchase on-site (cash only) for $10 per day.  Kids 12 and under can attend for $5 per day, while students of participating MVC institutions are free with a valid student ID.

Events are scheduled to begin at 9:30 a.m. on both days, and the live Valley on ESPN broadcast available on ESPN3 will air from 3-7:15 p.m. on Sunday and 11:15 a.m. to 3:05 p.m. on Monday with Brad Wells, Mike Mahon and Kelly Burke on the call. Links to the broadcast as well as live results are available on ValpoAthletics.com.

“It’s different when the person who has been at the helm of that part of the program for 35 years is no longer there during the week,” head track & field coach Ryan Moore said. “It’s a testament to Mike that he has continued to write workouts from afar and drive to meets on weekends because of his love for our distance group. I also credit our kids for staying focused and keeping their noses to the grindstone every day. No distractions have kept them from their goals for this indoor season. I look forward to seeing what they can accomplish this weekend, especially those who have been around for four years and have one last indoor meet.”

2020-21 all-conference cross country runner Eric Carothers (Fishers, Ind. / Hamilton Southeastern) will not compete this weekend due to an injury. However, the men’s distance group will be led by senior Ignacio Veloz Bonilla (San Juan, P.R. / American Military Academy), while sophomore Grace Aurand (Highland, Ind. / Highland) is expected to be at the forefront of the women’s distance squad. Aurand cracked the program record book in the outdoor 1,500 on May 14 of last season with a time of 4:38.31, fourth in program history. Senior Brady Southern (Fishers, Ind. / Hamilton Southeastern) is also well-positioned for a nice weekend.

“Ignacio is a pivotal piece to the program who is getting his final indoor opportunity,” Moore said. “Grace performed well for us at last year’s outdoor championships, so we’re excited about her opportunity to do some good things indoors. Our goal is to continue to have opportunities for our athletes to make the finals in events and ultimately score points. In this league, it’s a significant accomplishment to get that far. If we can put together solid showings and personal bests, that shows we’re doing what we’re called to do.”

“Nehemiah has an opportunity to improve on what he’s already shown to be some real genuine speed and talent,” Moore said. “He will be one to watch over the next couple years to see how he continues to grow. It’s neat to see him follow in Julian’s footsteps. I think we’ve found a diamond in the rough.”

Elsewhere in the sprints, Nathan Wessel (Hartland, Wis. / Lake County Lutheran) has continued to improve and has impressed with his work ethic. The program is continuing to work on building depth in the women’s sprints.

“That group will see more dividends during the outdoor season and in the coming year, but the indoor championships will be a good base for them,” Moore said. “It’s important for them to understand the level of competition in The Valley. Being able to take part in the conference championships will go a long way in that regard.”

The key storyline for the Valpo jumps group has been the emergence of Tristan Malatlian (Pfafftown, N.C. / Reagan), who has made significant strides in the pole vault.

Malatlian obliterated his previous personal record by two and a half feet this season with his top vault of 4.80m (15-9) in late January at the Grand Valley State’s Bill Clinger Classic. With that mark, he not only won the event, but delivered the second-best indoor pole vault in program history behind only Justin Zosso’s 2015 record of 16-2.75.

“Tristan has an opportunity to score some points for us,” Moore said. “I’ve seen him take some jumps and watched videos of him in practice, and we’re talking about the ability to add another foot to what he’s already jumped if he hits it right. It would be super impressive to see this young man put it all together and hit a big one in the conference championships.”

The Valpo throws group is coming off a strong showing at the ISU Open hosted by Indiana State, where the Beacons swept the top four spots in the women’s weight throw and had two in the top five on the men’s side in that event.

“I believe our throwers are peaking at the right time,” Moore said. “We’ve been putting a lot of work in over the last couple weeks. This week has been time to rest and recover while still getting some work done. That has allowed their bodies to catch up to what their brains know how to do.”

“It is a senior-led group with Alek, Eddie and Michelle really setting the tone,” Moore said. “The rest of them are young and look up to those seniors. It’s easygoing in practice because everyone gets along, but when it comes to competition they are all fierce competitors. They have to trust the process. I know what success looks like for this group, and I know we’re going to have great performances this weekend.”