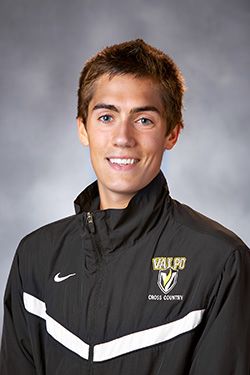 2012 (Cross Country): Competed in all six races for Valpo his sophomore season...recorded top-five times for Crusader runners in all six meets...finished the Crusader Open 6K in 20:40.3, good for second on the team...placed first amongst Crusaders at the Evansville Invitational 8K (26:55.16)...ran his fastest 8K at the Horizon League Championships (26:34)...finished the NCAA Regional 10K in 34:28, good for second amongst the Crusaders.

2011 (Cross Country): Ran in three races for the Crusaders as a rookie, contributing to Valpo's team score twice ... started career with 8K time of 28:15.14 at Evansville Invitational to finish fifth among Valpo runners ... placed fourth among Crusader contingent at NCAA Great Lakes Regional with 10K time of 34:43.0.

Personal: David is the son of Mark and Kathy Rutkowski … major is mechanical engineering … born April 11, 1992.