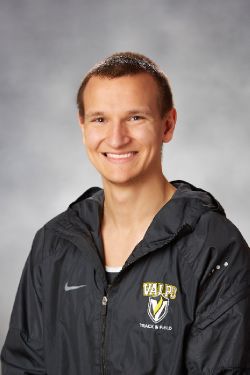 Prep: A four-year letterwinner for the Saints … also lettered in soccer and cross-country … a member of National Honor Society.

Personal: Josh is the son of Kenneth and Rebecca Carow … major is mechanical engineering … born September 25, 1992.