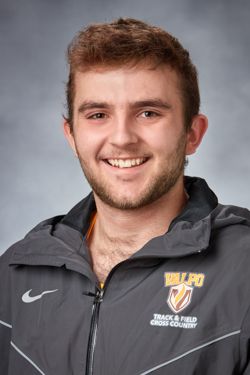 Prep: Was a 2018 all-conference performer in the discus… Earned a pair of letters in both football and track and field… Was a two-year varsity starter on the football team and was named 2017 offensive line player of the year… Named a 2018 Illinois state scholar, a 2018 AP Scholar with distinction, graduated in the top 10 percent of his class and achieved high honor roll all four years.