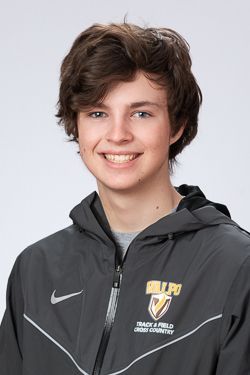 Prep: Ran three years of varsity cross country and served as a team captain at Plainfield North… Was on the freshman baseball team but decided to run track instead beginning with his sophomore season… Also played 10 years of travel baseball and wrestled for five years… Was a member of the President’s Education Awards Program.