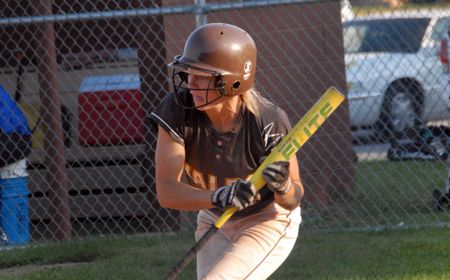 Valparaiso had its highest scoring output against Notre Dame in 24 years Thursday at Melissa Cook Stadium in Notre Dame, Ind., but it was not enough, as the Fighting Irish took the nightcap by a 17-9 score.  The Crusaders dropped the opener to the Irish as well, 11-0.

Sophomore Lisa DeBruzzi (Carlisle, Mass./Concord-Carlisle) got the Crusaders on the board in the nightcap with an RBI double in the top of the second, but Valpo found itself down 9-1 after two innings.  The Crusaders started posting crooked numbers on the scoreboard in the third, as with one out, senior Karen Korb (Indianapolis, Ind./Lutheran) connected to straightaway center field for her first career home run.  Freshman Sara Strickland (Phoenix, Ariz./Horizon) followed with a double, and fellow rookie Kelsey Phalen (Batavia, Ill./Batavia) drove her in with a two-run shot to right center to cut the deficit to 9-4.

The Fighting Irish responded immediately, as a three-run homer by Christine Lux capped a five-run frame and put Notre Dame ahead 14-4 after three innings.  But another crooked number was in store for the Crusaders, as Sadie Conner (Washington, Ill./Washington) and Katie Williams (Chicago, Ill./Lane Tech [Kishwaukee C.C.]) led off the fourth with back-to-back singles.  Two batters later, Korb laid down a perfectly-placed squeeze bunt, and pinch-runner Aubrey Sundling (Huntington, Ind./Huntington North) beat the throw home for Valpo’s fourth run of the game.

Korb proceeded to stole second, putting two runners in scoring position for Strickland, and the freshman took full advantage, knocking a single through the right side of the infield to plate Korb and pinch-runner Jenna Campos (Mt. Prospect, Ill./Prospect).  Strickland moved up to second on a foul-out, stole third and eventually came across the plate on the front end of a double steal attempt to bring Valpo back to within 14-8.

The Irish scored a pair of unearned tallies in the bottom of the fourth to increase its lead to eight runs, but Valpo was not finished pushing runs across the plate either.  Jordan Rutkowski (Alden, N.Y./Alden) led off the fifth with a walk, and DeBruzzi and Conner followed with free passes of their own to load the bases with nobody out.

After a pitching change by Notre Dame, Williams hit a ground ball to shortstop that drove in Rutkowski and kept the bases loaded.  But two strikeouts and a fielder’s choice prevented the Crusaders from scoring any more runs, and Notre Dame got a tally in the bottom of the fifth to end the game via run-rule.

Strickland led the Crusaders at the plate during the nightcap, going 2-for-4 with two runs and two RBIs, while Korb and Phalen each drove in a pair of runs as well.  Katie Fleury and Heather Johnson registered three hits apiece for Notre Dame, while Lux connected on two home runs and drove in five runs.

Shaleigh Jansen (Ottawa, Ill./Ottawa Township) took the loss in the circle for the Crusaders, allowing four earned runs in her 1.1 innings of work to fall to 1-3.  Jody Valdivia earned the victory for the Irish, improving to 10-5, despite allowing nine runs in four innings pitched.

“We are trying to get better every game, and to look at it positively, we put up nine runs on Notre Dame in the second game,” said Crusader head coach Randy Schneider.  “That was a good thing, and something we will try to build off of heading into our league series this weekend at Youngstown."

Notre Dame won the opener in six innings, with a first-inning single by Strickland the only hit for the Crusaders.  The Irish got the only run they would need on a double steal in the second inning and eventually ended the game on a grand slam by Dani Miller.  Stephanie Kelly (Plainfield, Ill./Plainfield) fell to 6-5 in the circle, allowing four earned runs in 3.1 innings, while Bargar improved to 14-8 with the complete-game effort for Notre Dame (24-13).

"I thought Steph pitched decent in the first game, but two or three innings we gave Notre Dame four and five outs,” said Schneider.  “Our defense simply needs to be better, especially simple parts of the game that the players have been doing for years, we weren't doing today.  To some extent that happened in the second game as well, because whenever you give up 17 runs, you're leaving pitches in the zone and your defense isn't performing."

Valparaiso (18-15) returns to Horizon League play on Friday, as the Crusaders travel to Youngstown, Ohio to take on the Penguins of Youngstown State.  Game one of the three-game series is set for 4 p.m. CDT Friday afternoon, and all the action can be heard live on www.sportsjuice.com.  Live stats will also be available at www.valpoathletics.com.