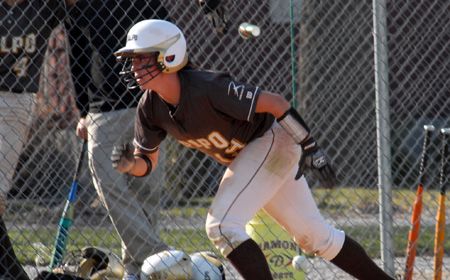 One day after its pitching dominated a pair of games, the Valparaiso offense took center stage Wednesday, totaling 26 hits as the Crusaders earned victories over Saint Francis (Pa.), 6-1, and Holy Cross, 7-5, at the Rebel Spring Games in Orlando, Fla.  The pair of wins extends the Crusader winning streak to five games.

Sophomore Jordan Rutkowski (Alden, N.Y./Alden), the reigning Horizon League Batter of the Week, continued her torrid stretch at the plate, registering six hits on Wednesday, including a 4-for-4 effort against Saint Francis that included her first home run of the season.  Rutkowski now has hit safely in each of her nine games this year and is hitting .548 on the year.  Junior Sadie Conner (Washington, Ill./Washington) added five hits on the day, one of which was a home run against Holy Cross, her second round-tripper of the year.

“We started swinging the bat really well today,” said Crusader head coach Randy Schneider.  “I’m happy with where our hitting is at right now, and obviously Jordan is hitting the ball very well.  She’s been highly productive this whole trip.”

Rutkowski’s longball against the Red Flash came in the third inning, putting the Crusaders on the scoreboard.  Kelsey Phalen (Batavia, Ill./Batavia) would score the eventual game-winning run later in the frame on an RBI single from Joylyn Ichiyama (Torrance, Calif./Redondo Union).  Valpo scored three in the fourth inning, getting RBI singles by Sara Strickland (Phoenix, Ariz./Horizon) and Rutkowski, the former also coming home on an attempted double steal later in the inning.  Strickland closed out the scoring in the sixth following an error after a successful double steal.

Alex Lagesse (Beecher, Ill./Beecher) earned the complete-game victory in the circle, giving up just five hits and one unearned run while striking out five hitters as she improved to 2-1 on the year.  Megan Layne took the loss for Saint Francis (3-8), giving up three runs in three-plus innings of work.

Valpo, batting as the home team in the nightcap, found itself down 1-0 after the top of the first, but immediately responded with four in the bottom half of the inning to take the lead for good over Holy Cross.  Rutkowski got things going with an RBI single and would later score on a double by Phalen.  Phalen and Jessie Marinec (Alsip, Ill./Marist) then both came home thanks to a 2-RBI single by Conner.

Holy Cross added another run in the second, but the bottom of the third saw the Crusaders push across two more tallies, as Ichiyama connected on a solo home run and Marinec scored on a passed ball.  Conner closed out the scoring for Valpo in the fifth with her four-bagger.

Sam McGee (Bloomington, Minn./Jefferson) moved to 4-0 in 2010 as she pitched six innings in the winning effort, giving up four runs, three earned, but striking out six batters.  Shaleigh Jansen (Ottawa, Ill./Ottawa Township) pitched the seventh inning for her third save of the year.  Jenna Legros took the loss for Holy Cross (1-5), falling to 0-1 after allowing six runs in two-plus innings.

“I thought Alex pitched a really good game in the opener,” said Schneider.  “I didn’t feel we pitched quite as well the second game, but we did what we needed to do to get things done.  I felt we played really well defensively today, which really helped us.  It’s been great to go 4-0 down here in Florida.  Our players have really stayed excited and we’ve had a great time, and now it’s time to move on and try to get some more wins at Auburn.”

Valparaiso (9-3) takes a day off tomorrow as it travels to Auburn, Ala., where it will play in the War Eagle Classic this weekend.  Tournament play begins for the Crusaders Friday at 5:30 p.m. CST against Gardner-Webb, with live stats available at www.valpoathletics.com.