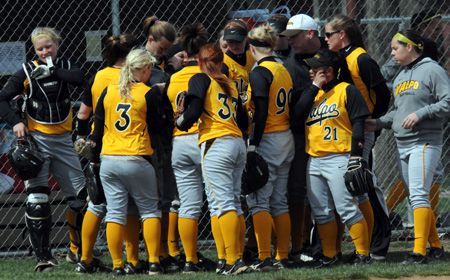 The Crusaders on a sunnier day. (Ray Acevedo)

Rain which is expected to continue through the afternoon has forced the cancellation of Valparaiso’s Horizon League series finale with Butler on Wednesday.  The game will not be made up.

This is the second league series for the Crusaders that has been cut short already this season.  Valpo, which is 24-8 overall and 6-1 in Horizon League play, returns to action next Tuesday at the Valparaiso University Softball Field with a non-league doubleheader against IUPUI, slated for a 3 p.m. first pitch.