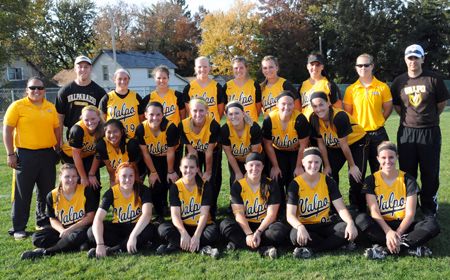 Nine opponents who appeared in the NCAA Tournament a year ago, including perennial national powers DePaul, Florida, Michigan and Notre Dame, highlight the Valparaiso softball schedule for the 2011 season, as released today by Crusader head coach Jordan Stevens.

Stevens will enter his first season as Valpo head coach with an experienced squad at his disposal, as eight starters in the lineup and all three regulars in the circle return in 2011.  The experience will be needed right off the bat, as 12 of Valpo’s first 16 games are against squads which won at least 30 games a season ago, including six opponents who went to the NCAA Tournament.

The Crusaders kick off the 2011 season at the Cyclone Invitational in Ames, Iowa Feb. 12-13, played indoors.  Valpo faces Creighton, a tournament team in 2010, and Western Illinois on the first day of competition before playing host Iowa State twice to close tournament play.

Two weeks later, Valpo’s annual spring trip to Florida begins at the Hatter Classic, hosted by Stetson Feb. 25-27.  Also at the tournament will be Charleston Southern and Bethune-Cookman, the latter of which went to the NCAA Tournament last season.  The Crusaders then head to UCF on March 1, playing the host Knights as well as Michigan, which ended the 2010 regular season ranked #2 nationally and advanced to the NCAA Super Regionals, in single games.

From there, Valpo goes to Gainesville to play in Florida’s tournament.  The host Gators have advanced to the Women’s College World Series each of the last three seasons and closed last regular season ranked #5 nationally.  Also at Florida’s tournament will be North Dakota State and Syracuse, both NCAA Tournament teams in 2010, as well as Gardner-Webb and Pacific.  The Crusaders close their spring break trip with action at the Rebel Spring Games March 8-11 against opponents to be determined.

More challenging tests await the Crusaders in non-league action back home, highlighted by a visit from DePaul to the Valparaiso University Softball Field on April 28.  The Blue Demons last visited the Crusaders’ campus during regular season play in 2006.  Other home non-league games include doubleheaders against Purdue and IPFW, as well as a single game against Michigan State.  The non-league road schedule features a single game at Notre Dame May 3 against an Irish squad that finished the 2010 regular season ranked #24 in the nation, while Valpo will also travel to play IUPUI and Northern Illinois in doubleheaders.

The 2011 Horizon League slate begins at home on March 26-27, when the Crusaders host Detroit for a three-game series.  Valpo will also host UIC, Wright State and Cleveland State during league play, while traveling to Loyola, Butler, Youngstown State and Green Bay.  The top six teams in the league regular season standings advance to the 2011 Horizon League Championship May 12-14, hosted by the top seed.  The winner of the tournament receives an automatic bid to the 2011 NCAA Tournament.